Before Kevin Knox leaves the Bluegrass for the NBA, he will tour the state to meet his fans and to sign autographs.

Knox announced his #HardKnoxTour on Tuesday and it includes four stops in its first round. It begins this Friday (April 13) at Tin Roof in Louisville, followed by Towne Mall in Elizabethtown on Saturday, Campus Wearhouse in Simpsonville later on Saturday, and Barleycorn’s in Cold Spring on Sunday. 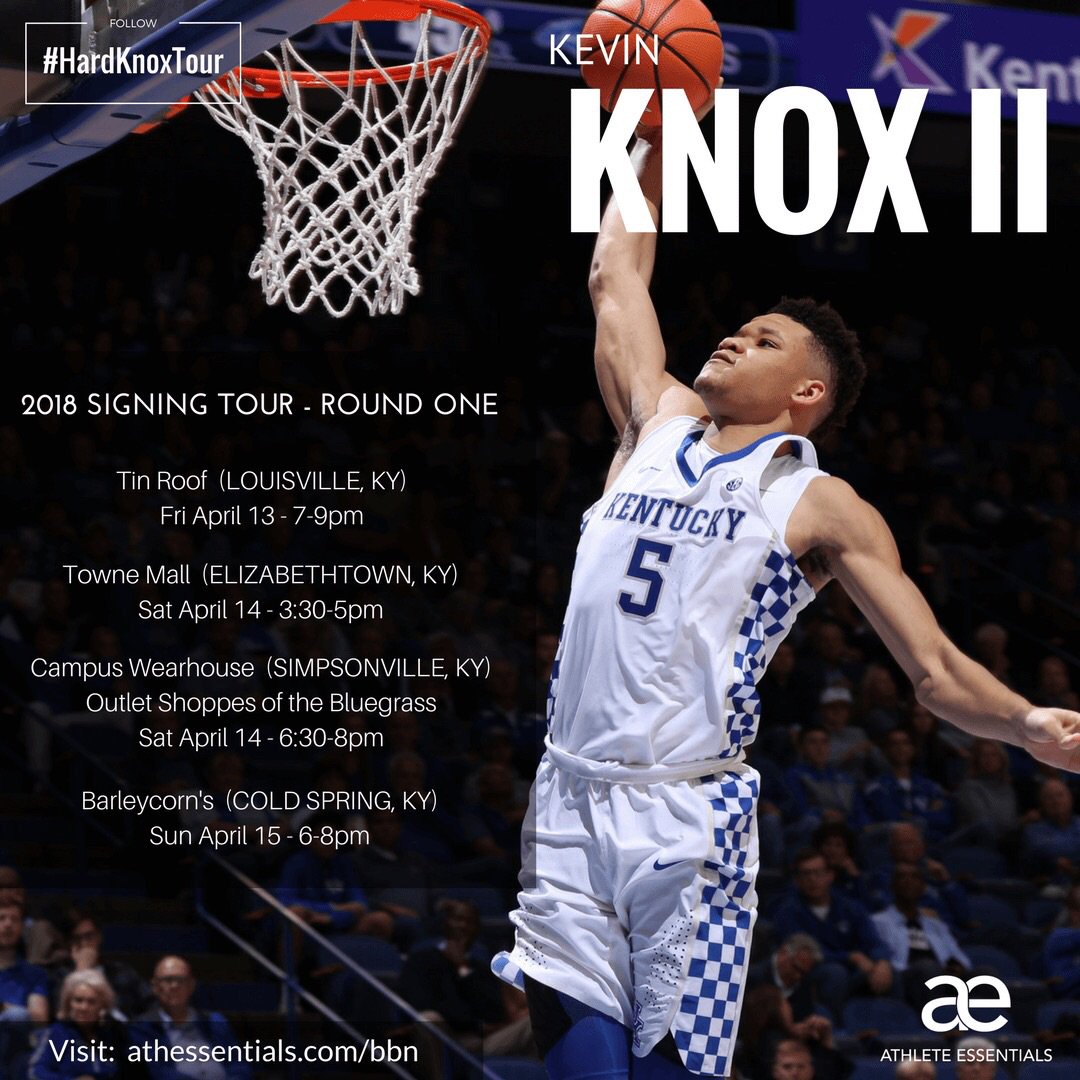