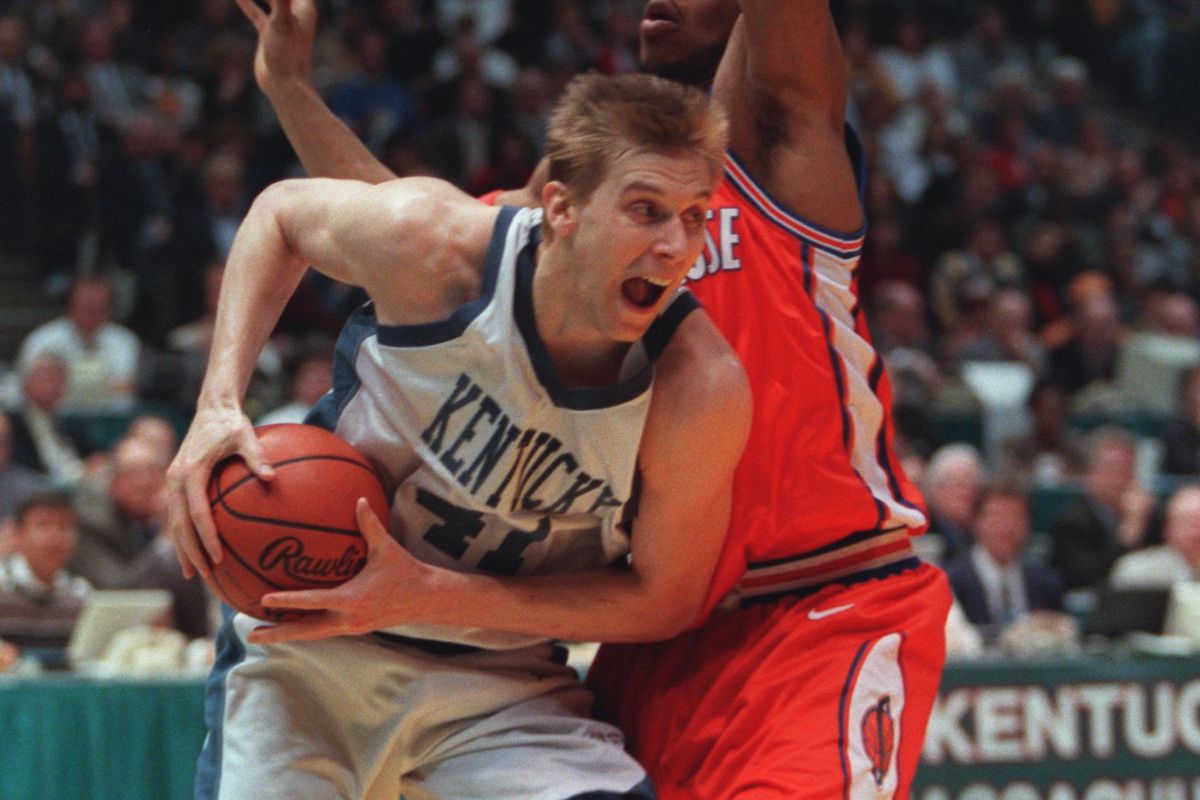 Kentucky will host Utah at Rupp Arena for just the second time since 1976.  Even though the two programs have not frequented each other’s home arenas, they share quite a history.

Between 1993 and their last meeting in 2005, Kentucky played Utah six times in the NCAA Tournament.  All six times Kentucky ended the Utes’ season.

Utah’s best three-season stretch in program history coincided with one of the best three-season stretches in the history of Kentucky basketball.  Rick Pitino’s Cats romped Utah 101-70 in the 1996 Sweet 16 on their way to a National Title.  Ron Mercer scored 21 points in the 1997 West Regional Final to lead UK to a 13-point victory over Utah to advance to the Final Four.

After Majerus lost Keith Van Horn, nobody expected Utah to make their greatest run yet.  The only thing standing in-between Utah and a National Championship was (once again) Kentucky.  Led by Doleac and Andre Miller, Utah had a ten-point lead at halftime.  No team had ever come from behind more than eight points at half to win a National Championship, until Tubby Smith’s Comeback Cats took the court.

The two teams resumed the series in the fall of 1999 in a preseason NIT game at Rupp Arena.  The Cats squeaked by with a 56-48 win.  Four years later Keith Bogans’ squad upended Utah by 20 in the second round of the 2003 NCAA Tournament.

The last meeting between the two teams was one of the most eventful.  The sixth-seeded Utes brought future No. 1 overall pick Andrew Bogut to the Sweet 16 in Austin.  The 7-footer recorded his 26th double-double of the season, but was hounded all afternoon by Chuck Hayes.  Things got chippy from time-to-time.  Ramel Bradley even got in the mix, despite a one-foot height disadvantage.  Kentucky ultimately conquered the giant 62-52.