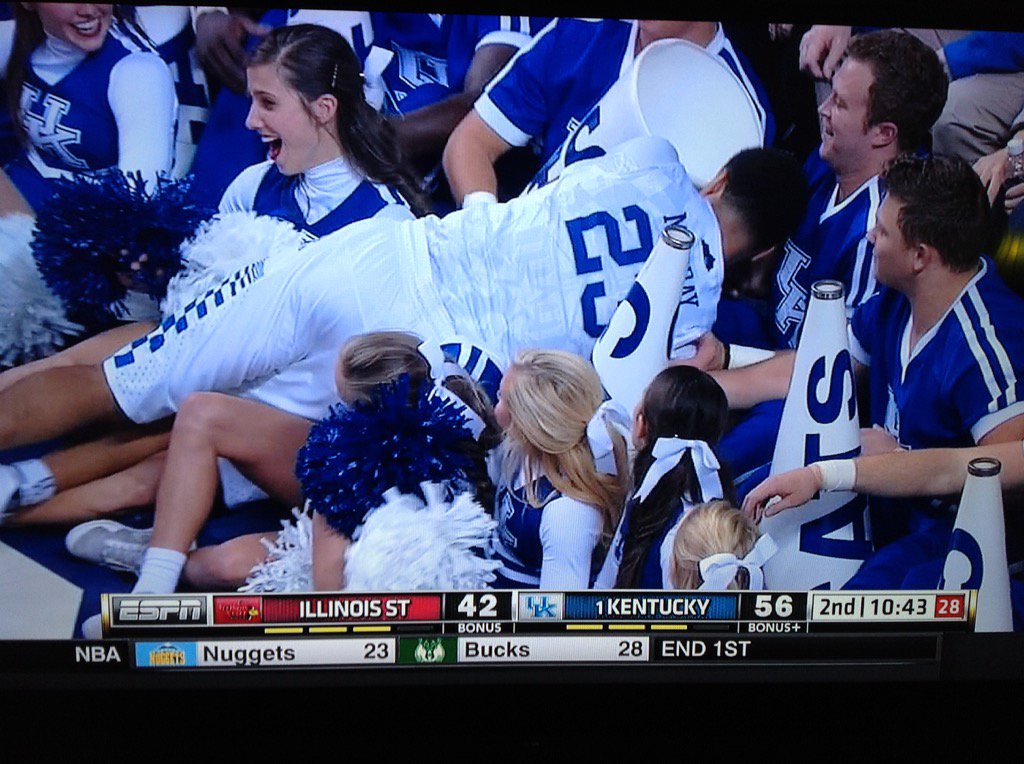 Last week ESPN debuted their college basketball power rankings and the Cats were on top. Now, following a week of wins against Boston, South Florida, and Illinois State the Cats are still on top of the college basketball food chain heading into Thursday’s game against UCLA. Here’s what the worldwide leader wrote about the Cats:

1. Kentucky:The Wildcats continue to coast along, having not yet played a game that was decided by single digits. The Wildcats were without Tyler Ulis against Illinois State and struggled at the start. But the Cats pulled away for their seventh double-digit win in seven games. A trip to UCLA is next.

Other notables with my commentary:

6. Villanova (6-0)- Last year the Wildcats rode an overrated Big East schedule into a number 1 seed and an exit before the Sweet 16. Nova seems to be off to a similar trajectory to begin this season.

14 Vanderbilt (5-1)- Vanderbilt and Texas A&M (16th) are the only other SEC teams to make ESPN power rankings. South Carolina is also on the rise after beginning the season 7-0. Vandy has Damien Jones who looks a lot like Skal with some added mass. Their matchup could decide the games this spring.

23. Louisville (6-0)- The Cards creep into ESPN’s power rankings after a solid start to the season. Granted, they’ve been taking on one of the weakest schedules in all of college basketball. We’ll know more about them following an elite 8 rematch against Michigan State tomorrow night.