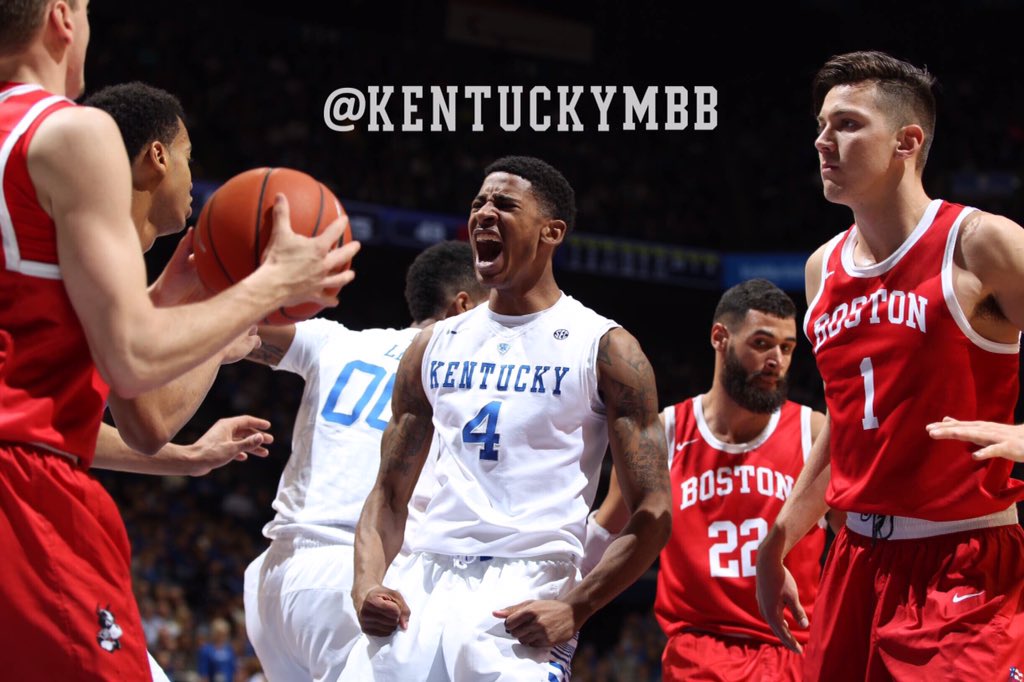 It was never easy, but the Kentucky Wildcats took care of business in Rupp Arena.

It was a cold shooting night against Boston’s zone defense, finishing only 20% from behind the arc, but Kentucky persisted in the paint to overcome their shooting woes.  Things got chippy at times, but Kentucky kept their heads high until coasting to a 20-point victory down the stretch.  Skal Labissiere’s hook shot was smooth and Alex Poythress was powerful on the offensive glass.  The two combined for 30 points and 17 rebounds.

The big question for this year’s team, “What happens if the guards aren’t hitting their shots?”  Even though it wasn’t pretty, they answered that question tonight.