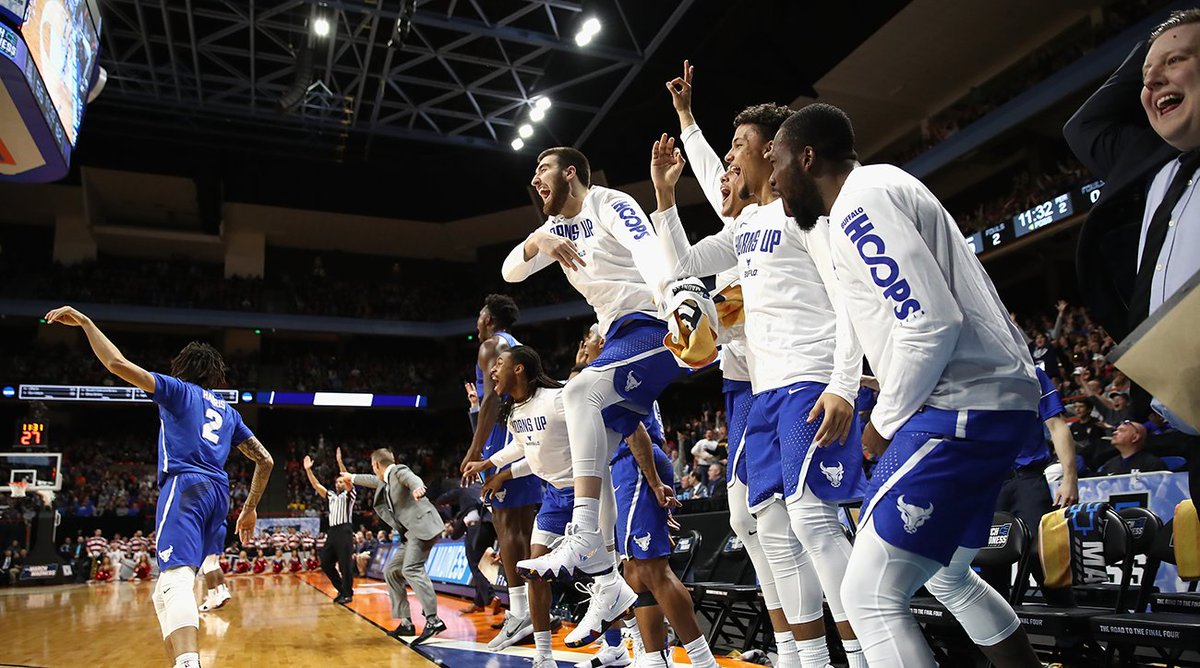 In the one day break between games, Kentucky wasted no time watching Buffalo’s first round win over Arizona.

“The game tape we went over didn’t have any of last night’s game.”  But Hamidou Diallo said a few players have seen what happened. “Some of us watched highlights and some of us a little bit of the game.”

The Cats did watch film on the Bulls, but they did not show them Buffalo’s best stuff.  You can’t blame Kentucky’s coaches.  Buffalo shot 50 percent from behind three-point line and looked invincible vs. Arizona.  That’s not always the case.

“They’re a great team. They defend well. They’ve got great guards and great big men. We just have to come out and play Kentucky basketball to get a win,” Diallo said.

John Calipari watched last night’s film, and then some.  He’s seen a team like Buffalo before.  They look a lot like his UMass teams.

“I watched about six tapes of them, and they remind me of my UMass teams. Hard-nosed, tough, swagger, chip on their shoulder,” he said.  “That’s what I see in them. The ability to score the ball, they score 85 points a game. They play fast. But they’re tough defensively. They’re not afraid to mix it up and be physical. And they’ve got players that come off the bench and give them a jolt defensively. They’ve got those kind of players that are position-less.”

10 Comments for Kentucky did not watch any Buffalo-Arizona Film