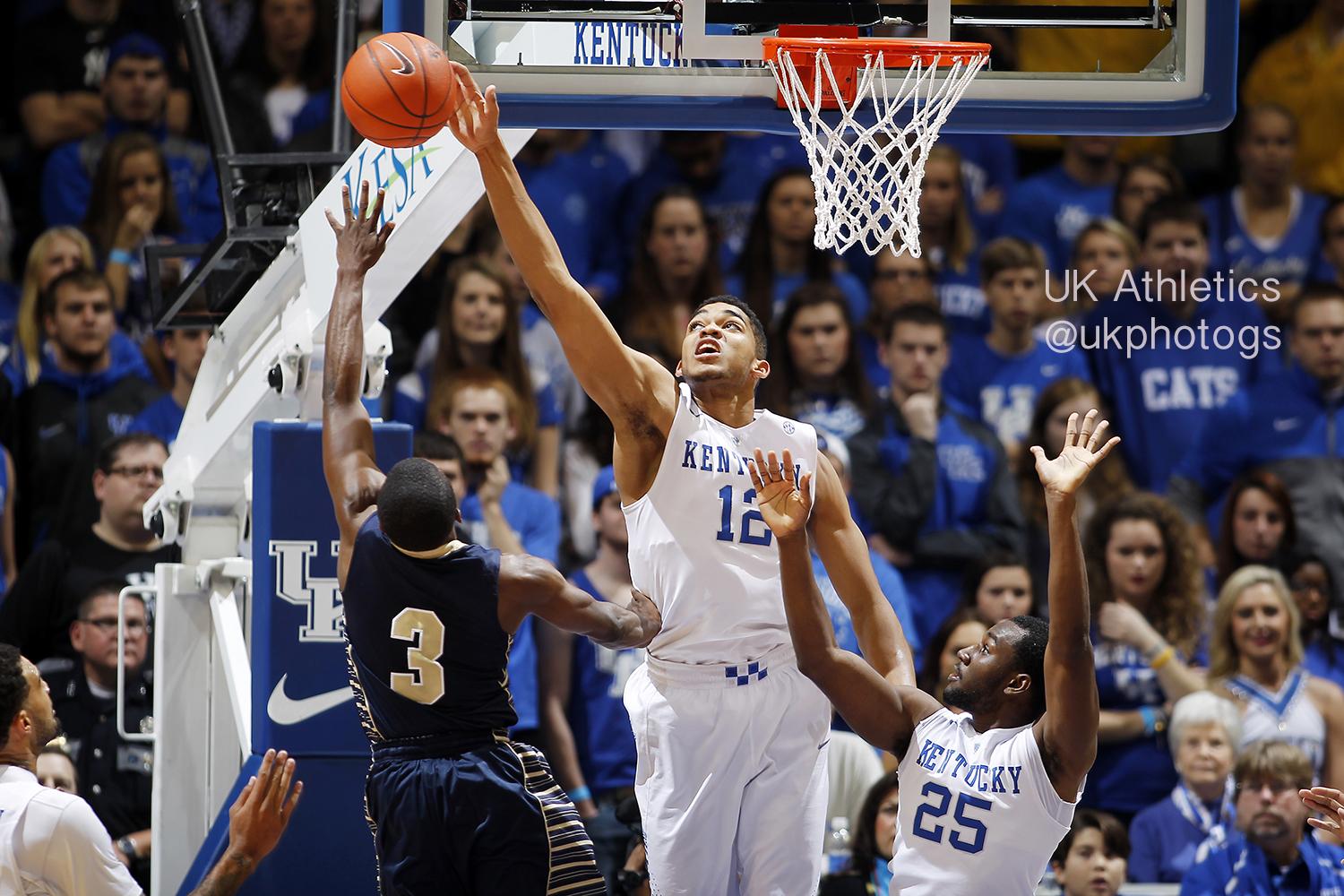 Kentucky held Montana State scoreless for over ten minutes in the second half; at times, it looked like the Bobcats might stay at 11 points for eternity. To say Kentucky is a great defensive team in a huge understatement. After the game, Karl Towns, who had a career-high six blocks, told reporters that the team wanted to keep Montana State at 11 points the rest of the game.

“We really don’t pay attention to our score, but to the opponent’s score and we try to keep them to the lowest amount of points as possible. When we saw that 11 (points scored in the first half) we really wanted to keep them there. We didn’t even talk about offense. We talked about making sure we hold them to 11.”

That obviously didn’t happen, but you’ve gotta love the effort.