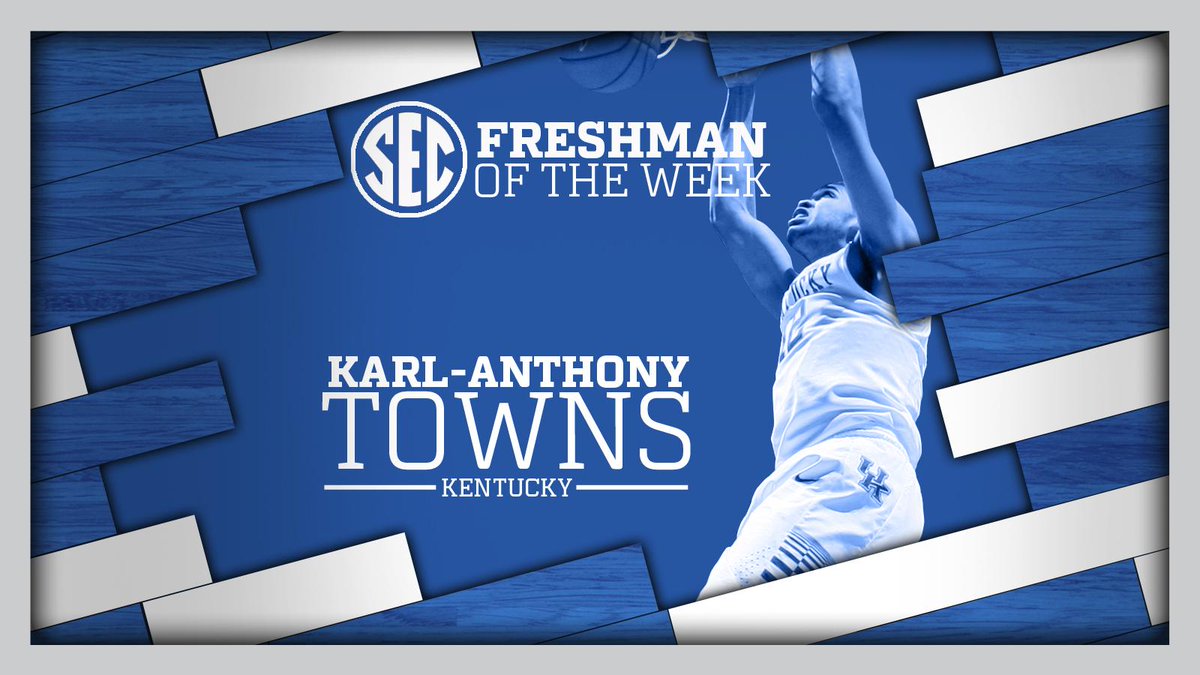 Congratulations to Karl Towns, who was named SEC Freshman of the Week by the league this morning. In UK’s wins over UT-Arlington and Providence this past week, Karl averaged 12 points, 8.5 rebounds and two steals. Against the Mavericks, he also notched his first career double-double and had three blocks.