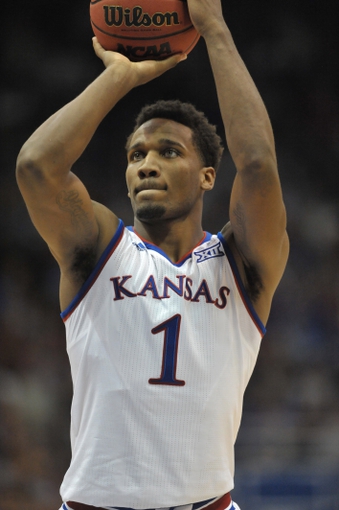 It’s tough for anyone to win a basketball game when the opposing team attempts twice as many free throws. That was the case for Kentucky tonight as Kansas attempted 47 free throws in the game — a whole hell of a lot more than Kentucky’s 22.

Kansas took 29 fouls shots in the second half and overtime, when the game shifted the Jayhawks’ direction. That’s more than Kentucky attempted in the entire game.

Welcome to Allen Fieldhouse! Where you can take the lead over a six-minute span without making a basket!