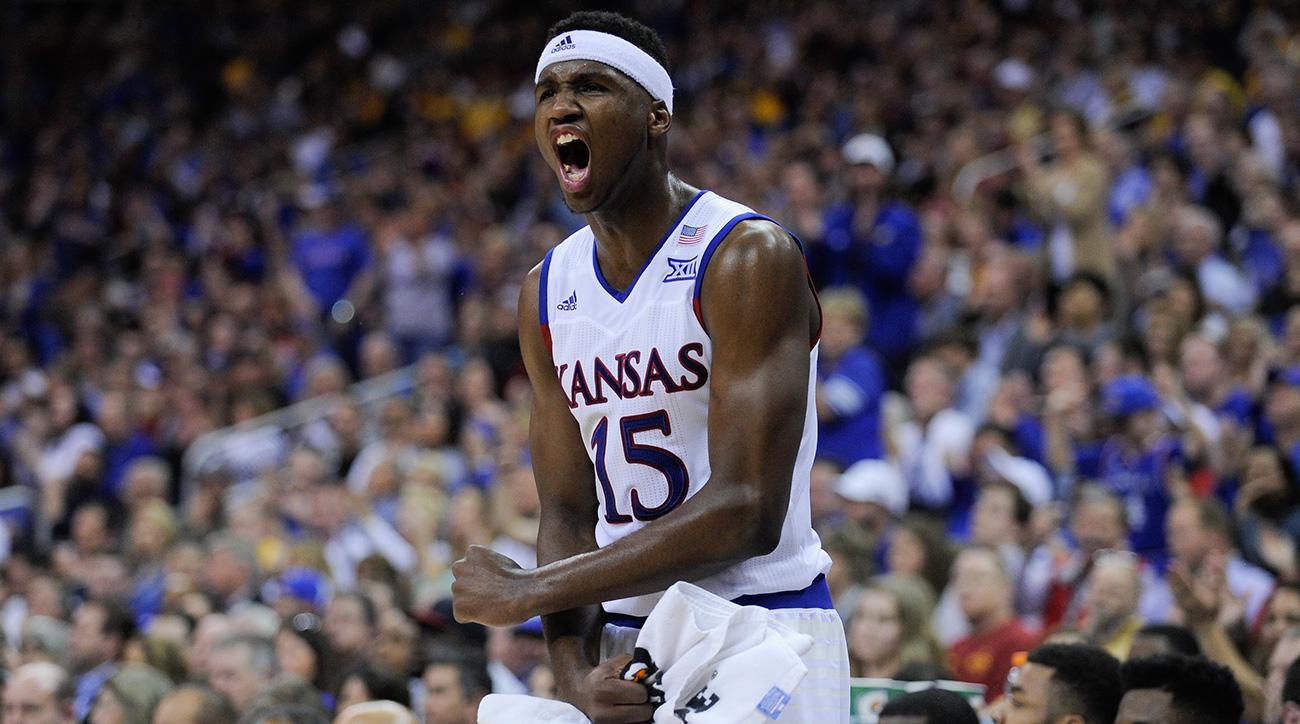 Breaking news in college basketball: Kansas sophomore Carlton Bragg was arrested yesterday on suspicion of domestic battery against a family member. According to the Kansas City Star, Bragg — one of Calipari’s biggest recruits in the 2015 class — remains in jail this morning with no bond listed. Kansas has confirmed the report.

Bragg’s averaging 7.8 points this season for Kansas. You may remember him as the kid who accidentally said he was committing to Kentucky when he meant to say Kansas:

UPDATE: The details are out and they are not good. According the Douglas County district attorney’s office via NBC Sports’ Rob Dauster, Bragg’s girlfriend called the police and claimed he struck her and pushed her down the stairs. He pled not guilty. He also smiled in his mugshot: