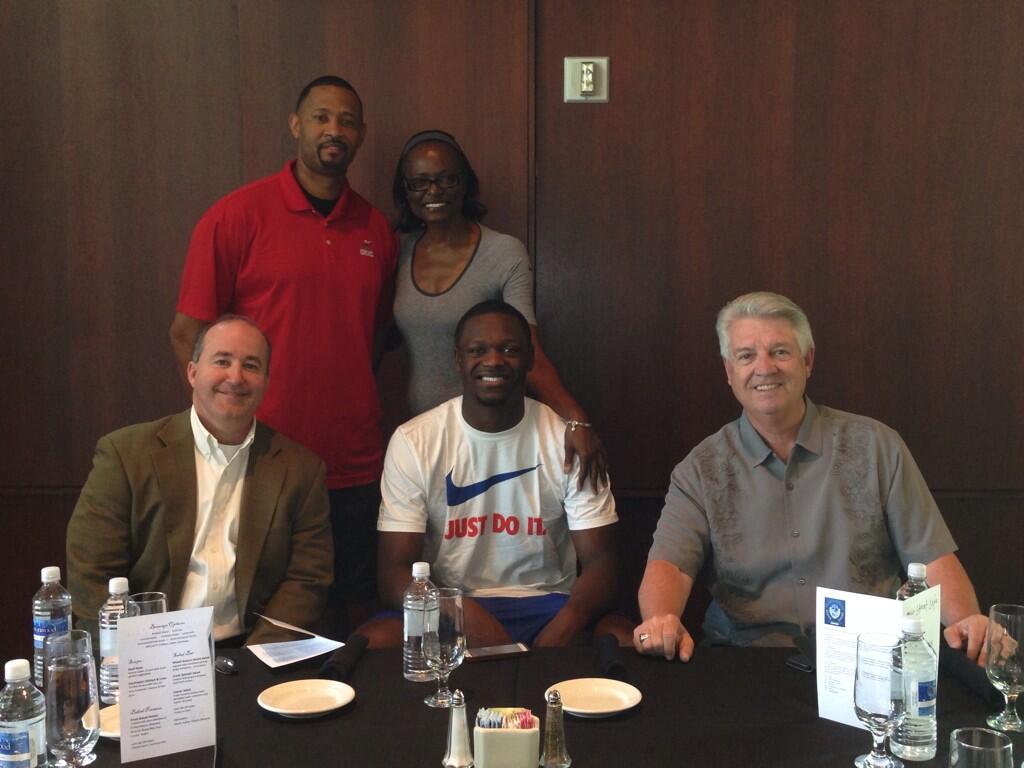 Randle is back home in Texas today with his mother, close family friends, and former NBA star Rick Fox. Randle and his mama had lunch with the head of Prestonwood Christian, his old high school, and Pastor Graham of Prestonwood Baptist Church.

The soon-to-be multimillionaire also made time to sit down with Rick Fox in his old gym to discuss the future of Julius Randle.

Fox is doing an interview series for American Express and NBA.com. The video will be released soon.

21 Comments for Julius Randle is back home today