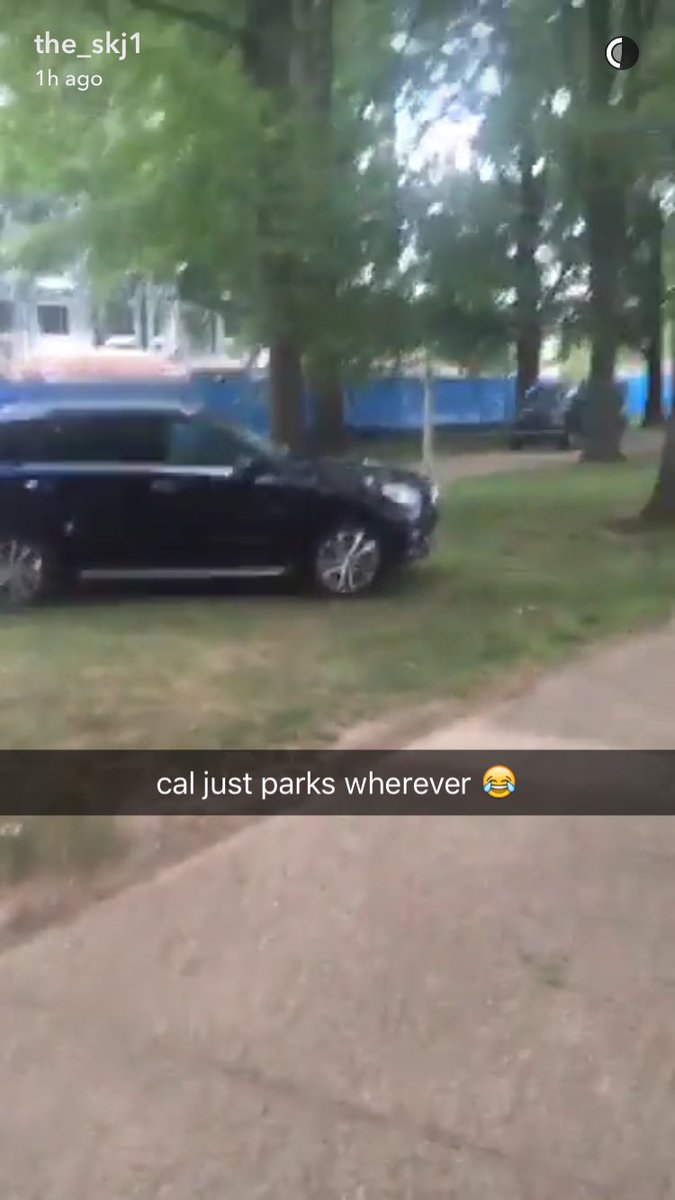 Being John Calipari has its perks: you get to fly on a private jet, stir up the sports world with a single tweet, and apparently, park wherever you want. This afternoon, Sacha Killeya-Jones snapchatted this picture of Calipari’s car parked randomly in the grass on campus. Considering the never-ending construction going on around campus, I don’t really blame him. Plus, what UK cop would give Calipari a ticket?

Anyways, we survived week one of Matt’s vacation thanks to a slew of fantastic guest hosts. It’s time for round two. Here’s the schedule for this week:

Aaron — author of “One and Fun” — has some big plans for tomorrow’s show, so make it a priority for your Monday morning. I know I will.