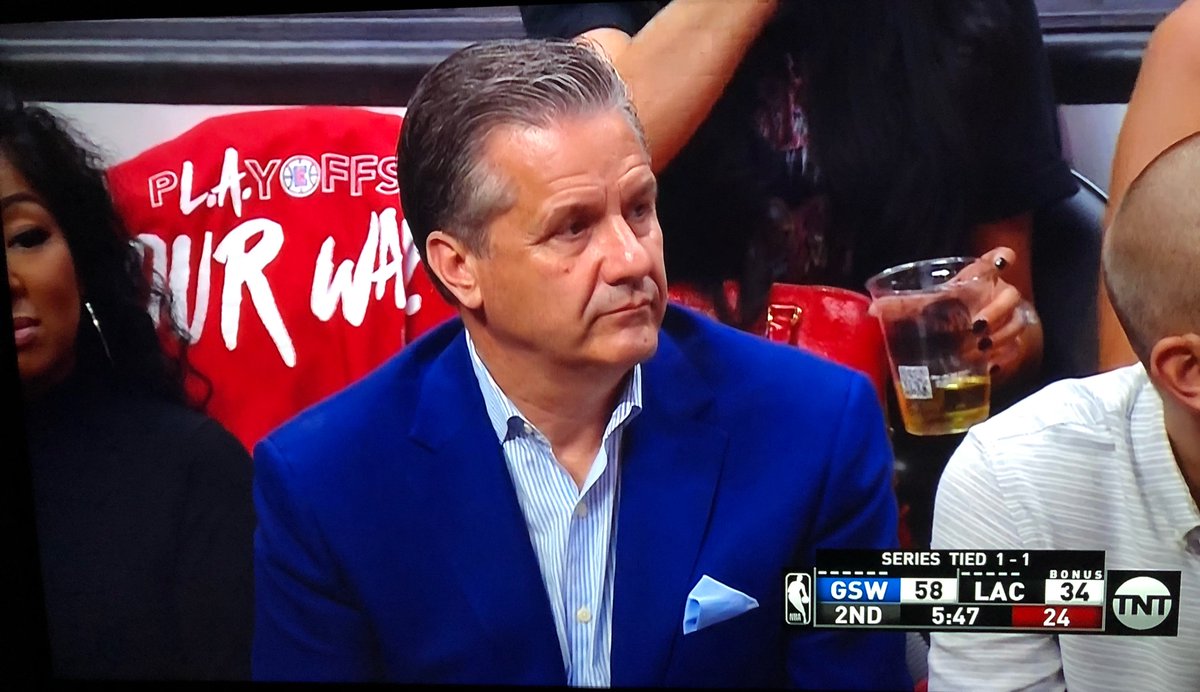 Cameras have a knack for finding John Calipari.

Thursday night’s NBA Playoff broadcast on TNT featured a nice Kentucky basketball plug. In the second quarter of Game 3 between the Golden State Warriors and Los Angeles Clippers, Coach Cal and half of Joel Justus’ face were seen watching former UK point guard Shai Gilgeous-Alexander in action. They weren’t the only Wildcats watching.

At the @LAClippers–@warriors game watching @shaiglalex. Hurting for @boogiecousins that he can’t be out there competing but know he’s fighting to come back. Guess who is sitting front row: Keldon Johnson!!! pic.twitter.com/thGwar0yrE

Unfortunately, SGA did not bring his A-game. He was only 1-of-7 from the field to finish with seven points, 2 assists, a block, a steal and a rebound.

The game at the Staples Center wasn’t the only thing on Coach Cal’s west coast itinerary. During the trip Calipari and Justus went to Studio City, Ca. for a visit with Johnny Juzang, a 2020 five-star shooting guard ranked No. 19 overall by ESPN.