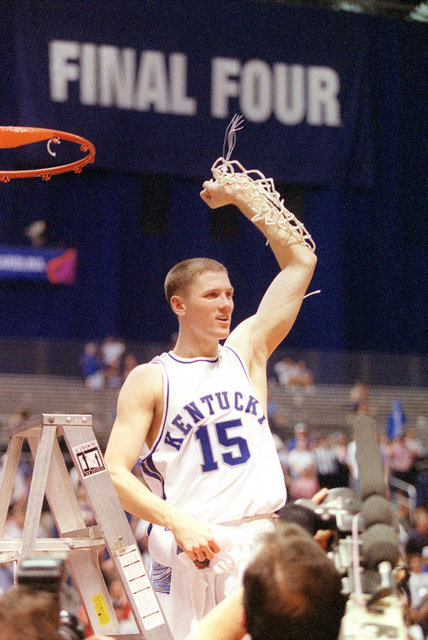 The 1998 Final Four Most Outstanding Player had an outstanding performance today at Rupp Arena.

During a TV timeout, Sheppard received one shot from half-court.  If he hit it, Kentucky Farm Bureau would donate $10,000 to UK’s scholarship fund.  Shepard did not disappoint.

2 Comments for Jeff Sheppard’s Still Got It