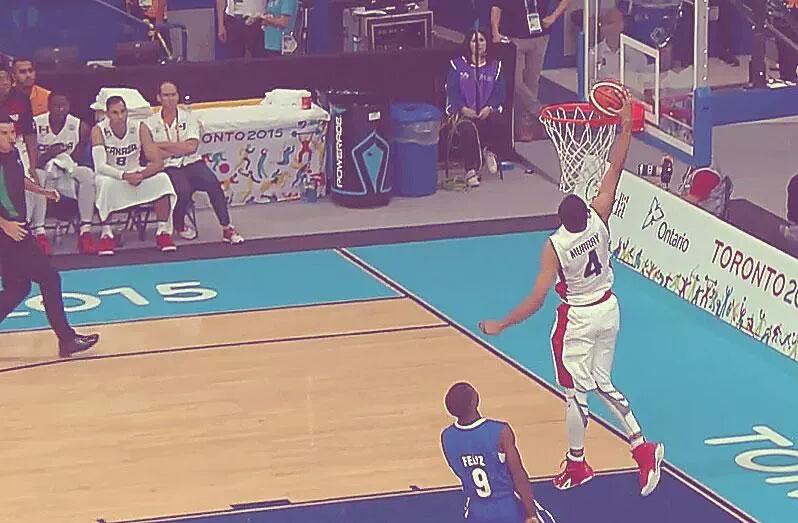 The BBN got another look at Jamal Murray tonight as Team Canada started their run in the Pan American Games in Toronto. The Canadians beat Orlando Antigua’s Dominican Republic squad 105-88, and future Cat Jamal Murray chipped in 12 points (5-7), 2 rebounds, 2 assists and 2 turnovers in 21 minutes.

I didn’t see the entire game, but the parts I did, the announcers raved about Murray’s poise and potential, calling “his emergence as a point guard” one of the main storylines at the end. Drew Franklin was kind enough to capture some videos for you:

Former Cat Kyle Wiltjer checked in to the game in the last minute and got a dunk, putting a nice cap on an easy win. The Canadians take on Argentina tomorrow at 6 p.m. ET.