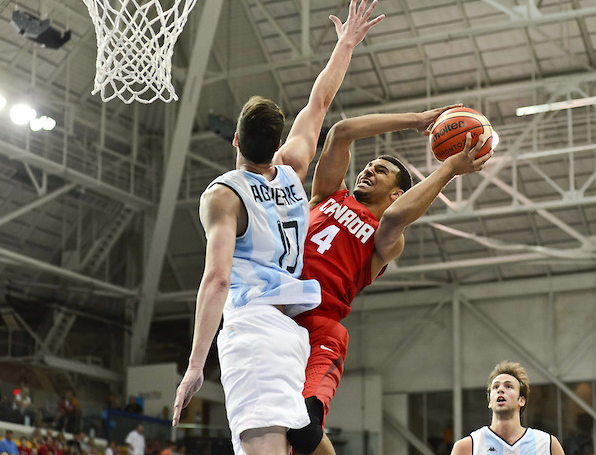 With no points scored heading into the fourth quarter Jamal Murray took over. The Canucks were trailing 80-74 when Murray came alive. He scored 14 points to help get the game to overtime and then added 8 more, including the game-sealing 3, to take down the Americans. He also found his teammates several times to finish with 8 assists. This win will send the Canadians to the finals of the PanAm games for the first time where they will be facing Brazil. Murray appears to be the real deal after another stellar performance against several professionals.

Can we get this kid in Lexington already?