We heard this would happen yesterday, but today, it’s finally official: John Calipari has been elected into the Naismith Hall of Fame. The announcement was made minutes ago in Indianapolis, and Calipari was there to accept the honor: 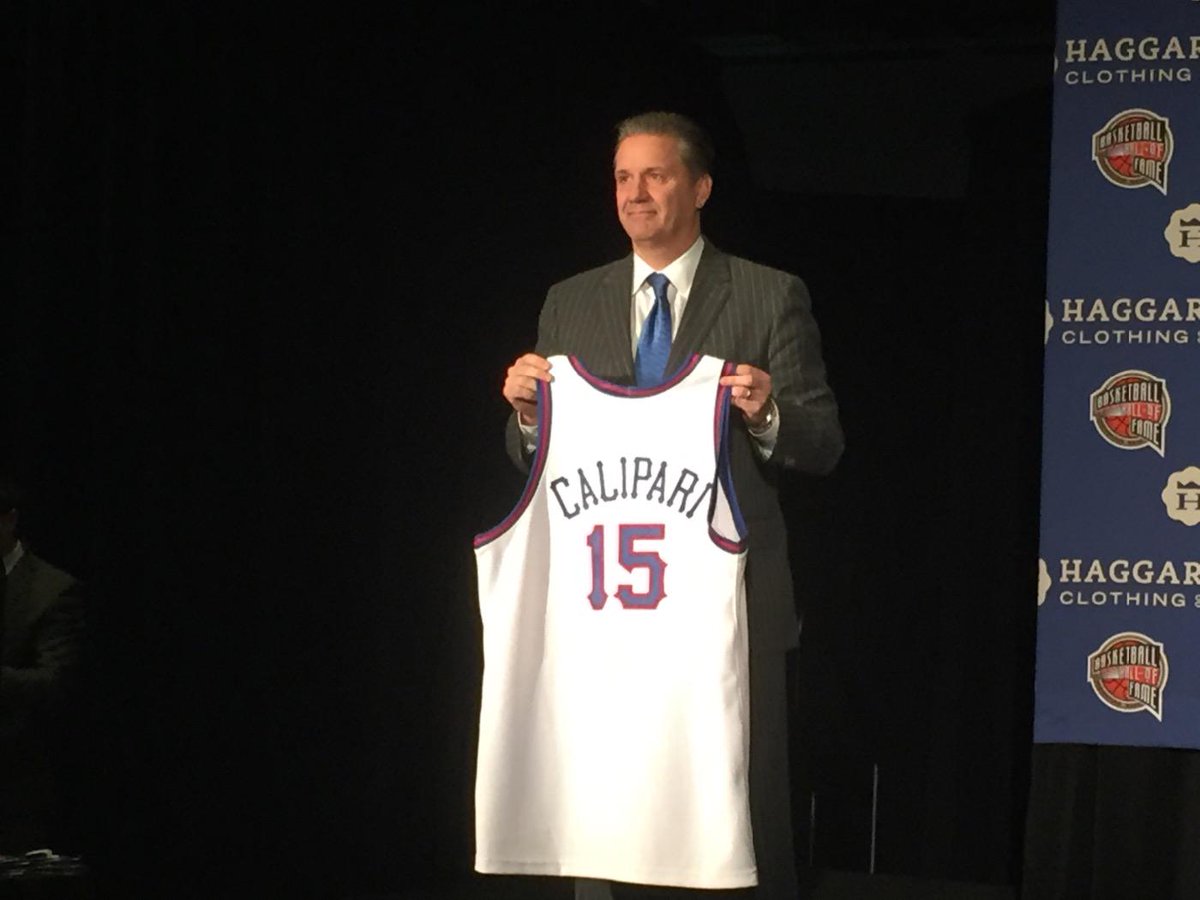 Cal is one of six active coaches in the game to receive the honor, along with Mike Krzyzewski, Rick Pitino, Roy Williams, Jim Boeheim and Larry Brown.

Louie Dampier was also elected into the Hall of Fame:

Both Cal and Dampier will be inducted on Friday, September 11. Congrats, guys.

8 Comments for It’s official: John Calipari elected into the Hall of Fame