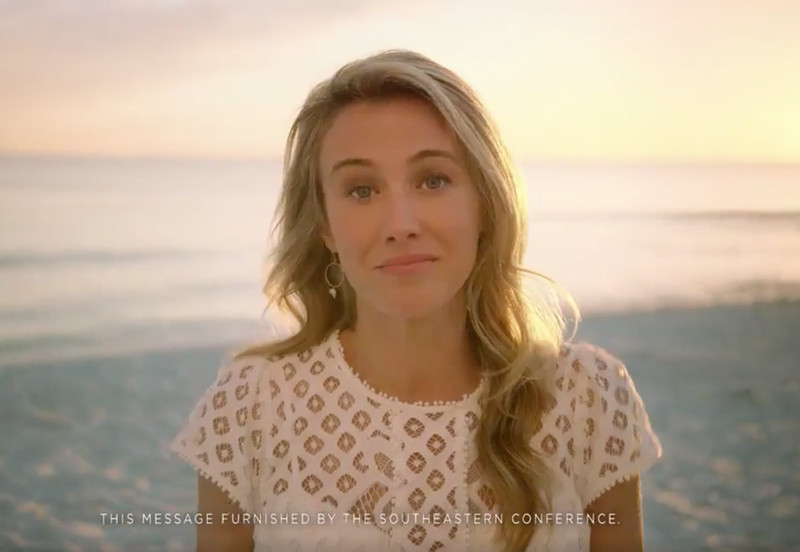 But what does that mean?  This year it means there are six players on the McDonald’s All-American roster committed to the SEC, with two more possibly joining, E.J. Montgomery and Romeo Langford.  To find out why, I asked the committed All-Americans what they think the SEC’s slogan means.

The 6’9″ power forward initially committed to Arkansas, but decided to keep his commitment within the conference.  “More people want to come to the SEC each year.  It’s one of the best conferences in the country.”

Darius Garland took it one step further.  “It’s definitely the best basketball conference.” The point guard said he’s been telling the Duke and North Carolina commits that all week, even though he has no idea what the SEC’s slogan means.  “It just means more?” He paused, “We get more recruits in the SEC?”

A Nashville native, Garland was the first high profile player to commit to Bryce Drew’s Vanderbilt program.  Simi Shittu followed a week later, giving the Commodores their two highest-ranked recruits in program history.  They’re not done either.  Langford is leaning toward Vandy and Montgomery said the coach he has the best relationship with is Drew.  Garland explained the phenomenon that is sweeping Nashville’s SEC program.

“It’s a growing city. A lot of people want to come to Nashville now.  We’re making it happen,” Garland said. “He (Drew) interacts with the guys a lot.  He has dinners at his house and is always checking up on guys.  He’s always in their ear.”

Shittu said the vision of Drew’s coaching staff convinced him to come to what he knew as a football conference.  “Three coaches have been in the league and they’re open to doing things differently.”

Naz Reid, a 6’11” forward from New Jersey will be the second high profile recruit from the Northeast, joining Tremont Waters, to take his talents south to play for Will Wade at LSU.  When asked, “What does ‘it just mean more’ mean?” he responded:

“I feel like it’s an NBA league.  It just means more to people who actually want it.”

At the end of the day, nobody wants it more than the Kentucky Wildcats.  When Keldon Johnson watched the confetti fall after Kentucky’s SEC Tournament Championship, he envisioned himself with the trophy in his hands.

“It’s a surreal moment,” Johnson said.  “I wanna be there.  That’s where I wanna be.  I wanna be winning the SEC Championship.  It just makes you wanna grind that much harder.”

Even though I failed to determine exactly what it means, one thing is certain.  In the new SEC, basketball just means more.