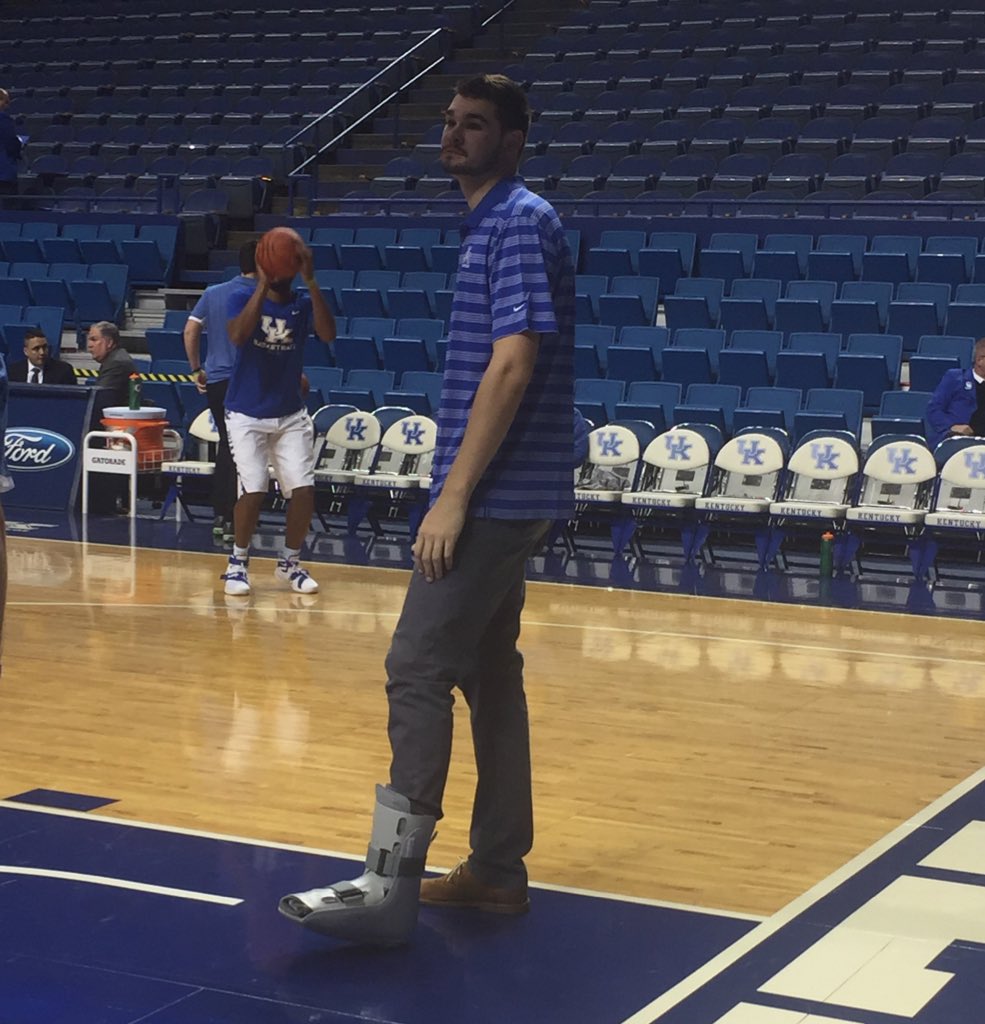 Some unfortunate news about one of our favorite new Cats: according to those already inside Rupp Arena, Isaac Humphries is in street clothes and wearing a boot during early warm-ups at Rupp Arena.

Earlier today, a picture of Humphries wearing a boot around campus surfaced on SnapChat, but it looks like it’s more than just a precautionary measure, at least for tonight.

UPDATE: UK just confirmed Isaac is out tonight and that his status is “day to day” with a foot injury.