We’ve all had a few days now to delight in the news that Willie Cauley-Stein will be returning for his junior season at Kentucky. After months of speculation that he would likely go to the NBA after this season, Willie being Willie, threw a bit of a curveball to everyone by deciding to give college another year. Willie has always been his own guy, and has provided plenty of interesting and entertaining moments/pictures/fashion statements in his two years at Kentucky. Willie has created a number of highlights on the court, but he’s also proven what a unique character he is… which shows in the fact that he has so many memorable things to add to this list that are not even basketball related. Enjoy some of the best of Willie Cauley-Stein and his time at Kentucky. Feel free to add to the list. 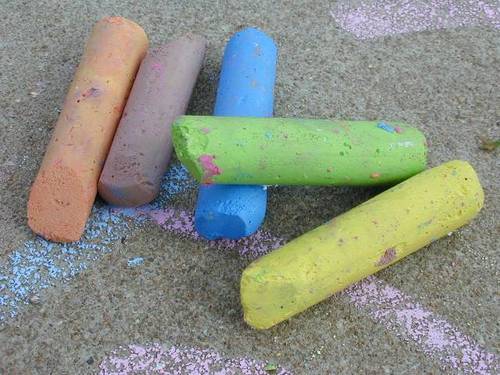 The picture that has often been talked about, but is nearly impossible to find. When Willie Cauley-Stein was being recruited by Kentucky and committed, famously a picture of him creating art with sidewalk chalk circulated the internet, which should have been the first of many signs that Willie was going to be a fun guy to have at Kentucky. 10 points to whoever finds that picture.

Although Willie couldn’t join his teammates int he national championship game on the court, he gave a championship effort in choosing his apparel to wear under his jersey that night.

Show me a television broadcast crew that hasn’t mentioned this at some point in the telecast and I’ll show you a Rick Pitino.

Willie famously died his hair for a brief stretch in the middle of the season. Willie’s play was actually quite good during his blonde days, leading to the nickname “Goldiblocks.”

The put-back dunk against Baylor (apologies for the video_

The most talked about neck tattoo in Kentucky basketball history…for no apparent reason. For about 48 hours, the Twitter world went crazy with 40-year old blogger types fawning over Willie’s neck tattoo that reads “Hakuna Matata.”

During the SEC tournament, video clips of players saying what they liked to do in their spare time played over the big screens. Willie’s answer was classic Willie: “I like to color in coloring books.” 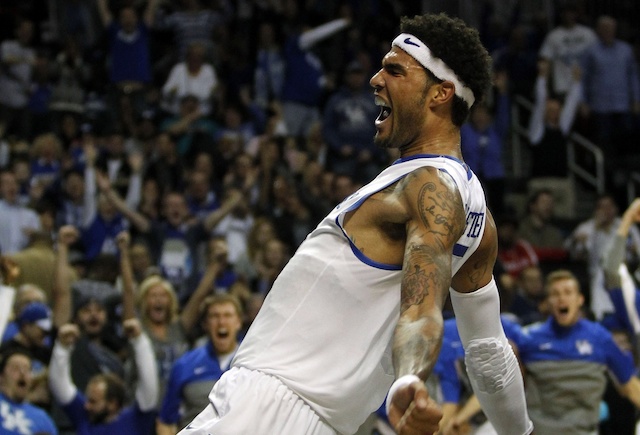 21 Comments for In honor of Willie’s return, his most memorable Kentucky moments