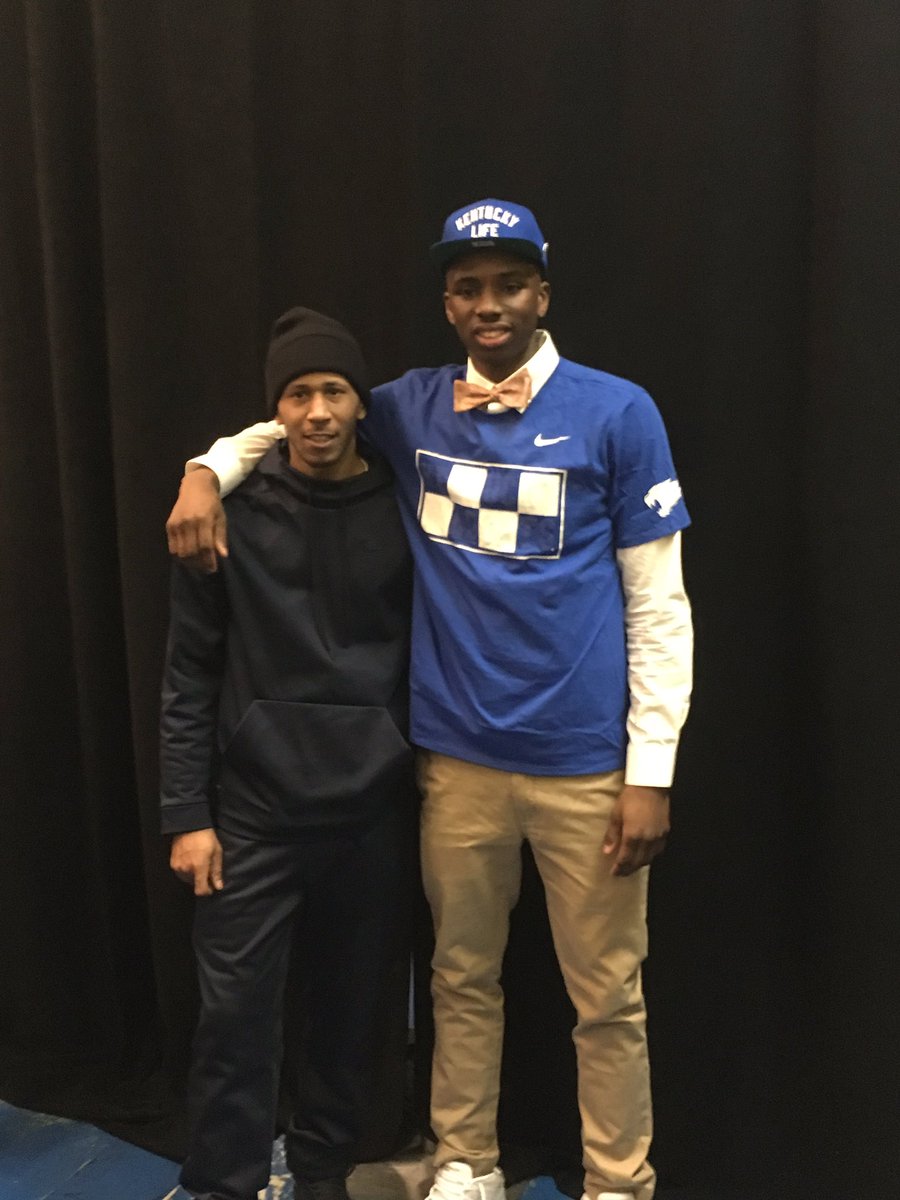 Diallo announced at a press conference at Our Lady of the Angelus in Queens, New York, that he will be enrolling at the University of Kentucky this upcoming week. With the addition of Hamidou Diallo to the team, the Cats picked up a versatile, athletic wing with defensive prowess, and their fifth 5-star player of the 2017 class. And the scary thing is, Cal still isn’t done recruiting yet. This truly could be his single best recruiting class yet.

An updated look at the class

Kentucky rolls past Arkansas with strong second half, 97-71

After holding a three point lead at half, Kentucky came storming out of the gates to win by 26 in a chippy game at Rupp. Derek Willis finally showed up with a performance the BBN has been waiting for. He had 15 points on 6-8 shooting from the field, and 3-5 from three, against the Razorbacks. Hopefully Derek has found his shot again.

The Cats outrebounded Arkansas 43-30, De’Aaron played like a leader and dropped 27 points while hitting all seven free throw attempts, Briscoe put up 15 and grabbed 8 off the glass. The Cats were physically dominant in the second half, and that is the Kentucky we need to see more of going forward. A team where Malik Monk can have a mediocre game by his standards, and the Cats still get the job done handily. Bam, we love you, you’re awesome, hit your damn free throws. He has to be shooting 30 percent in the last five games. With the rate he gets fouled at, those freebies have got to start going in.

Arkansas definitely wanted to let Malik Monk and Cats know they didn’t appreciate him leaving the home state school to join the forces of Kentucky, and they came out physical and scrappy in Rupp. De’Aaron Fox set the pace, and the Cats were off to the races behind the freshman point guard who took up for his brother getting stepped on by a disrespecting Razorback player. Don’t touch my brother.

The Raiders and Lions were handed losses in yesterday’s anticlimactic playoff games. Today, the Dolphins travel to Heinz Field to face the Steelers to end an eight-year playoff drought. They are huge underdogs to win the game on a cold day in Pittsburgh with a back-up quarterback, but it would be nice to see the Dolphins emerge victorious, albeit, an unlikely result with Big Ben, Le’Veon, and AB on the opposing sideline.

The nightcap will be between Rodgers and the Pack and the Eli’s Giants in near-zero temperatures in Green Bay. The Giants won 9 of their last 11 games to make the playoffs and the Packers are smoking hot entering the playoffs on a six-game win streak. Lambeau Field is going to be the venue for the best match-up of the weekend, this game has all the fixin’s for a barn burner in the Frozen Tundra.