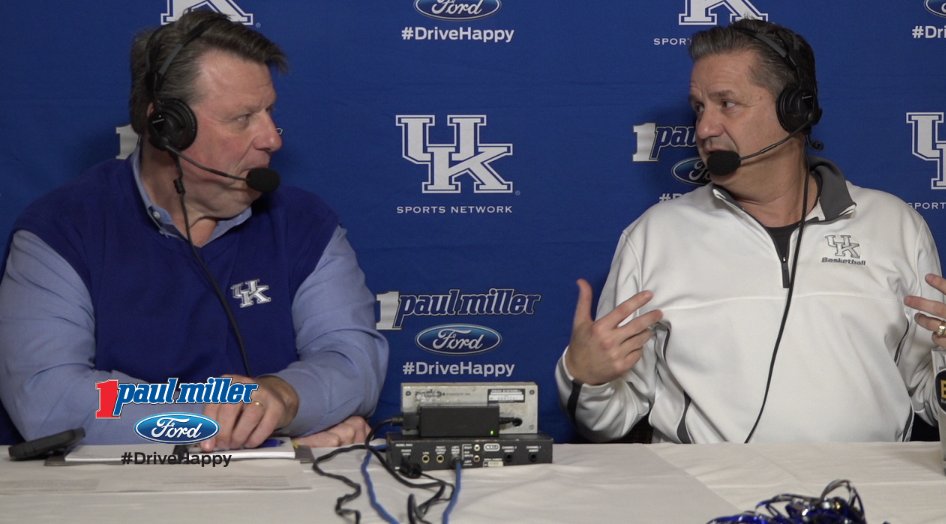 Play from the Four-Spot

There a few things that make this matchup with UCLA much different than the last time the two tangoed at Rupp Arena in December.  Both defenses have improved tremendously, with UCLA opting for more zone, but the most notable difference is the play from the four-spot.

T.J. Leaf had 17 points and 13 rebounds at Rupp.  Derek Willis and Wenyen Gabriel combined for 13 points and 12 rebounds.  “The kid gets 12 or 11 rebounds but he really never had to fight for the ball,” Cal said about Leaf.  “We were just standing there, looking at it.”

Willis is not the same defender and rebounder he was then.  “Ever since Derek to engaged, he’s playing better.”  Since Willis’ senior night proposal he’s averaging 7.3 rebounds and 2.42 blocks per game.

Where Willis is trending up, Gabriel is trending down, but Cal isn’t giving up hope.  “He’s probably the x-factor because of his size.  He just has to play better.”

John Calipari doesn’t strike me as a gambling man, but a Catholic can’t shake stereotypes.  When discussing how teams strategize once they reach the Sweet 16, Calipari brought up blackjack.

“From this point on, no one has house money.  You’re playing with your own money now.”  Cal said, “It’s a little more cautious.  You wanna double-down?  You got two aces.  I’m not splitting.  Give me a hit.”

At this point in the season, a win is a win.  Then it’s on to the next game.

Is it Tough to Play a Team You’ve Seen in the Tourney?

Since they are a playing a team they’ve seen before, Calipari gave an optimistic answer.  “I’m gonna tell you it’s the greatest advantage,” even though that’s not what he believes.  “I don’t really think it matters.”

Here’s what matters to Cal:  “All I can tell you is UCLA, what I’m seeing on tape, they’re really good.”

Once Hawkins came off the bench in Sunday’s game, he immediately scored back-to-back buckets, forcing many to ask, “Why wasn’t he starting in the first place?”  It’s a fair question, one that Calipari addressed tonight.

“We probably won’t change the starting lineup because we’re on a pretty good run and I don’t want to mess it up.”

They’ve found a nice rhythm in their designated roles.  Hawkins is the designated spark plug, filling in for whichever guard isn’t at their best to start the game.

“If anyone is not quite right,” Cal said.  “You have a guy on the bench that you know is consistent with his effort.”

The guards understand why they are being taken out of the game.  If Calipari preemptively removes one from the starting lineup because he wants Hawkins to defend Lonzo Ball, not only would it throw off the team’s mojo and potentially damage one of the starter’s egos, it would diminish the utility Hawkins has as the backcourt’s problem solver.