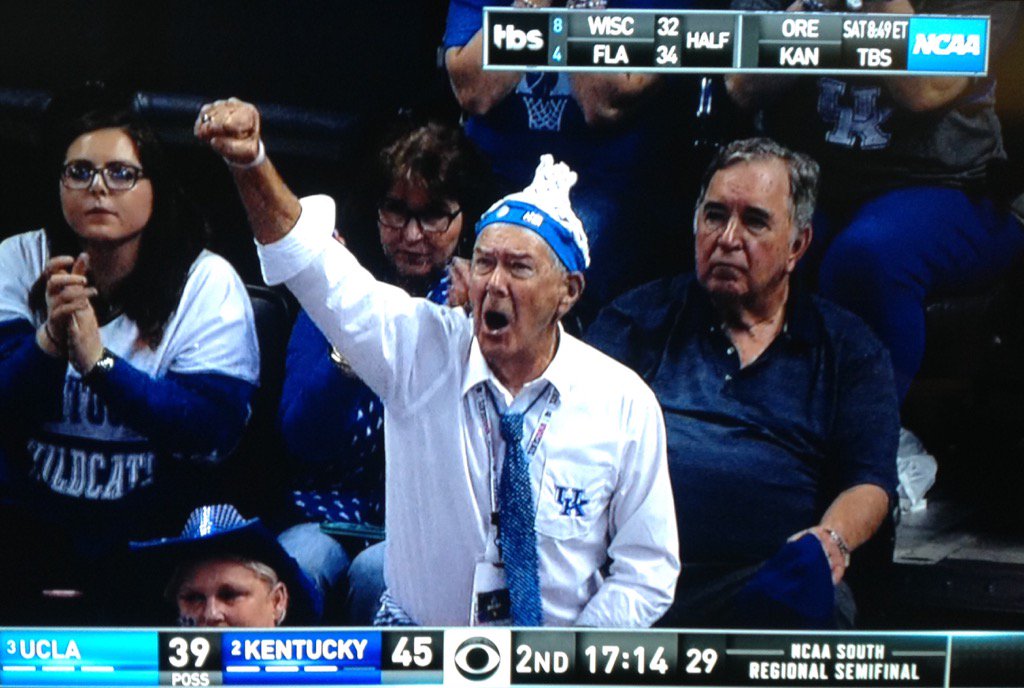 We are all this guy (via @Finna_Go_Ham).

Fresh off scoring 70, Devin Booker had some encouraging words for his team.

From one point guard, to another.

Wall’s former running-mate was pleased with the performance as well.

Chuck Hayes did less celebrating, but during the game he provided high-qualify analysis.

Admire Bam is still battling for position on the block and for offensive rebounds. Even tho he's scoreless right now #CATS

Patrick Patterson did much of the same, with a lot more gloating.

Looking forward to hearing what LaVar Ball has to say next.. #BIGBLUENATION