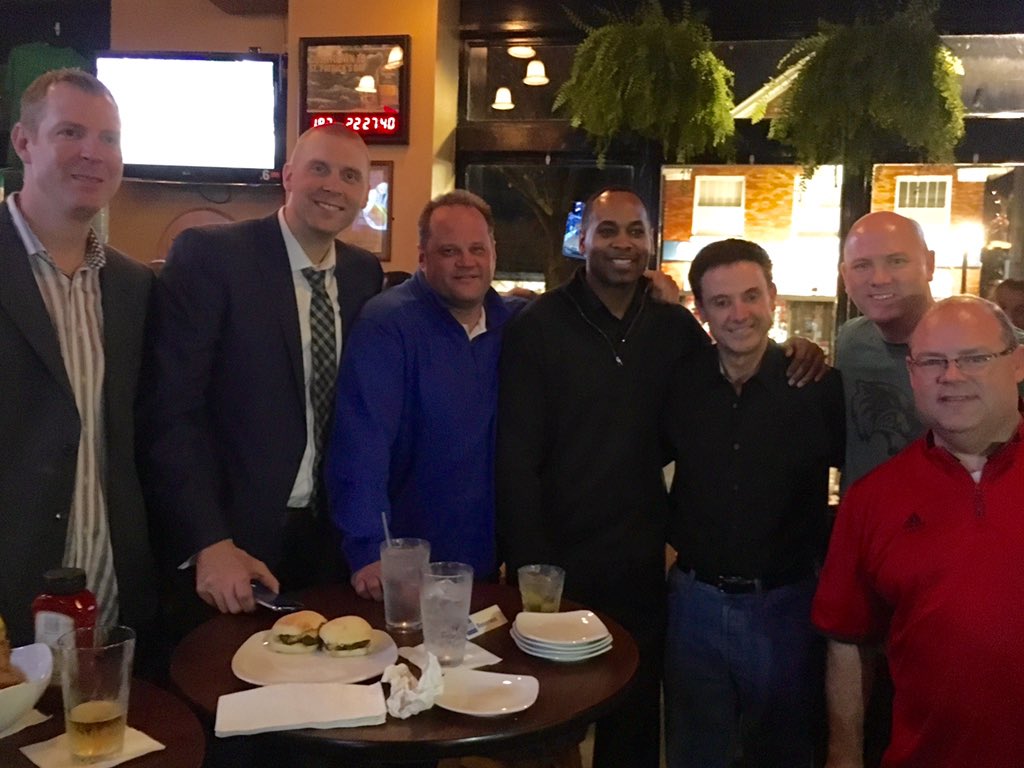 With Mark Pope in town to coach against the Louisville Cardinals last night, Rick Pitino took the opportunity to get some of his old Wildcats together for a reunion.

He was joined by Pope, Jared Prickett, Cameron Mills, Derek Anderson, Jeff Sheppard and Wayne Turner for dinner after the game, as well as Vinnie Tatum, a former UK manager under Pitino.

All eight guys were a part of Pitino’s 1995-96 National Champion Wildcats, one of the best teams to ever do it. 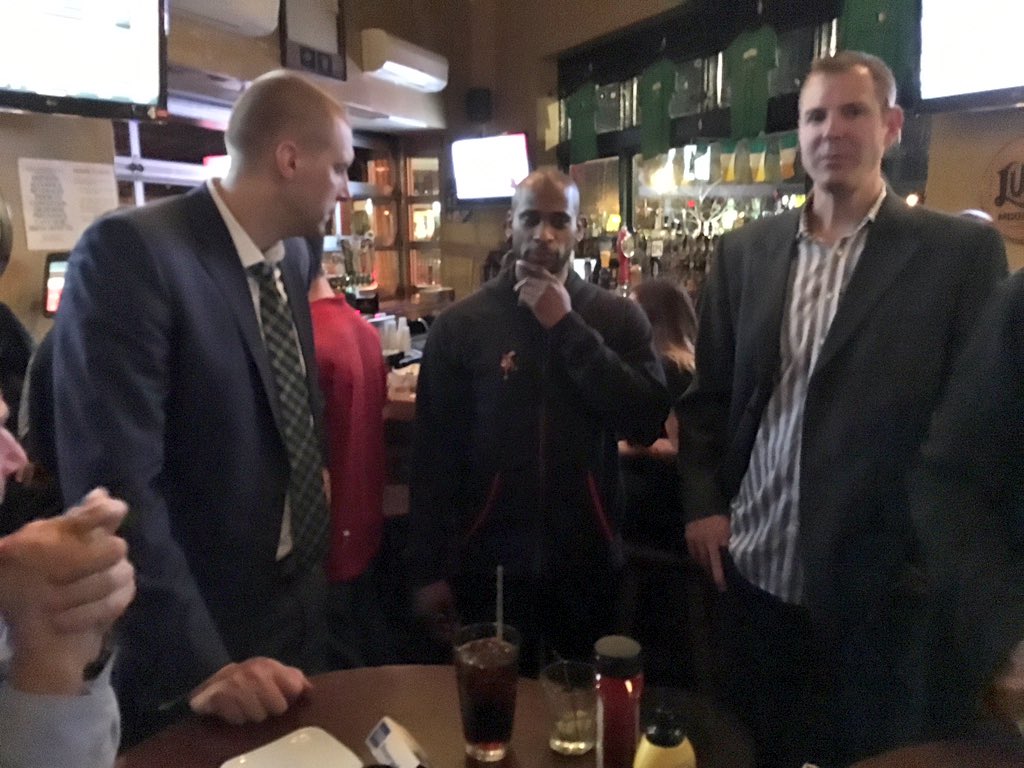 Some other former Wildcats were spotted in the Yum! Center, including Winston Bennett and Rex Chapman.

It’s always good to see UK greats get together, but let’s hope they all remember to stay blue this week.