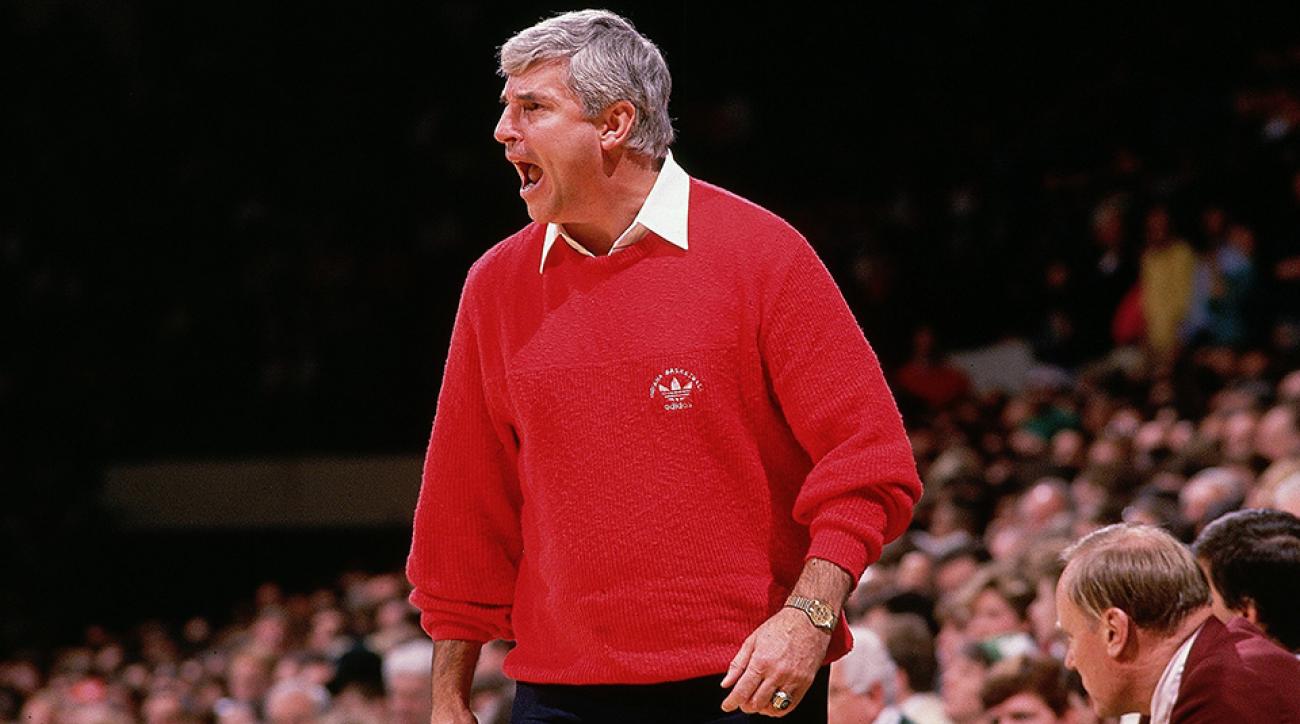 Former Indiana coach Bobby Knight is known for his temper, but now, one of his former players is claiming the legendary coach abused him and his teammates physically and emotionally. Todd Jadlow, who played for Knight at IU from 1985-89, outlines the abuse in his new book, “Jadlow: On The Rebound,” which describes Jadlow’s descent into a life of drugs, alcohol, and family incarceration. In the book, Jadlow accuses Knight of punching him, breaking a clipboard over his head, and grabbing him by the testicles and squeezing. Yikes.

Jadlow says that Knight also made fun of Jadlow’s facial tic in front of the entire team and repeatedly called his teammate Daryl Thomas a “(bleeping) p—-,” made team managers wallpaper Thomas’ locker with pictures of female genitalia, and actually threw tampons at him during practice. (Who throws a tampon?) On one flight home after IU’s 1986 NCAA Tournament loss to Cleveland State, Jadlow says Knight tore up the plane and grabbed Thomas by the neck and shook him violently.

It’s interesting to note that Jadlow was once considered one of Knight’s favorite players, and, when Knight was dismissed from Indiana in 2000 after evidence surfaced that Knight choked a player in 1997, he swore off the Hoosiers, calling the administration two-faced for firing Knight when they should have erected a statue in his honor. Despite his allegations in the book, Jadlow told WTHR’s Bob Kravitz he still considers himself “a Knight guy.”

“I’m a Knight guy, I’m proud to have played for him and love him like a father; let’s not mistake that,” Jadlow said. “But this was the life we led when we were playing for him.”

Jadlow said he reached out to Knight while writing the book, but was told his former coach would not respond. (Guess he’s too busy campaigning for Trump.)

42 Comments for Former IU player says Bobby Knight broke a clipboard over his head, punched him, and grabbed his testicles