K.C. Ross-Miller rocked the fans who unfortunately recall the Billy Clyde Gillispie years earlier this week by committing to spend his final year of eligibility playing for Bruce Pearl and the Auburn Tigers. What’s surprising about all of this isn’t the fact that Ross-Miller will be playing against Kentucky in the SEC, but rather the fact that Ross-Miller still has a year of eligibility. When K.C. Ross-Miller originally committed to Kentucky, it was back in early July of the year 2007. For those doing the math and celebrating strange things (perhaps with a John Calipari-faced cake), that 7-year anniversary will be coming up in a few short months. Although Ross-Miller was an underclassmen at the time (Hey, that was Gillispie’s thing…), that still seems like forever ago. One would think that we might have heard the last of Ross-Miller, but alas, we have not…

What was happening the first time K.C. Ross-Miller committed to an SEC school by picking Kentucky back in July of 2007? Well, I’m here to tell you…

1. Julius Randle was in 6th grade learning spin moves from his Mom in the back yard

2. Karl-Anthony Towns Jr. was was 11 years old… and had just committed to Kentucky (just kidding, but it feels like he has been a UK commit for years)

8. Anthony Davis was still a guard… and looked like this… 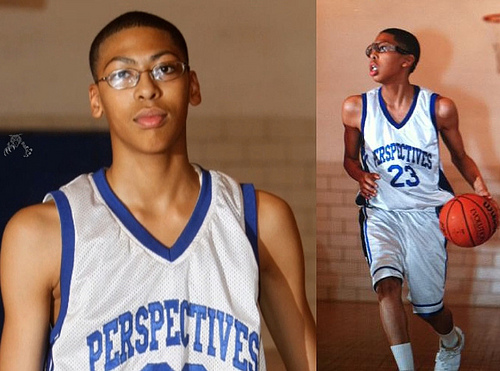 9. K.C. Ross-Miller had this to say about his commitment to Kentucky, “I wouldn’t commit somewhere unless I was absolutely, 100 percent sure it was the right place for me. Kentucky was perfect.”

10. Ross-Miller also had this to say about Gillispie during the recruiting process: “I know he can’t talk to me, and he told me that… But he gets his point across when we’re in the gym. There are winks that he gives me and stuff like that.”

13. The iPhone was released by Apple.

15. You could hear “15 seconds” without automatically assuming it was a Rick Pitino joke.

11 Comments for Flashback: Things that were happening when K.C. Ross-Miller committed to Kentucky