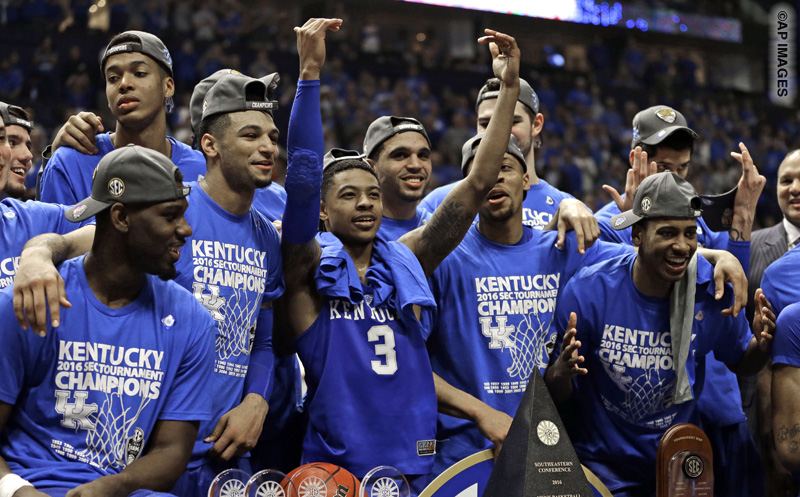 Believe it or not, conference play begins on Thursday vs. Ole Miss. Per usual, the SEC just isn’t great at basketball, with only two teams ranked in Kentucky and Florida. In turn, ESPN’s Basketball Power Index (BPI) gives Kentucky a 75% chance of winning at least a share of its conference title, the second most of any team in the country behind Villanova, who has a 97% the Big East.

Here are the latest BPI rankings, which are calculated using a really complicated algorithm that I couldn’t start to explain to you. 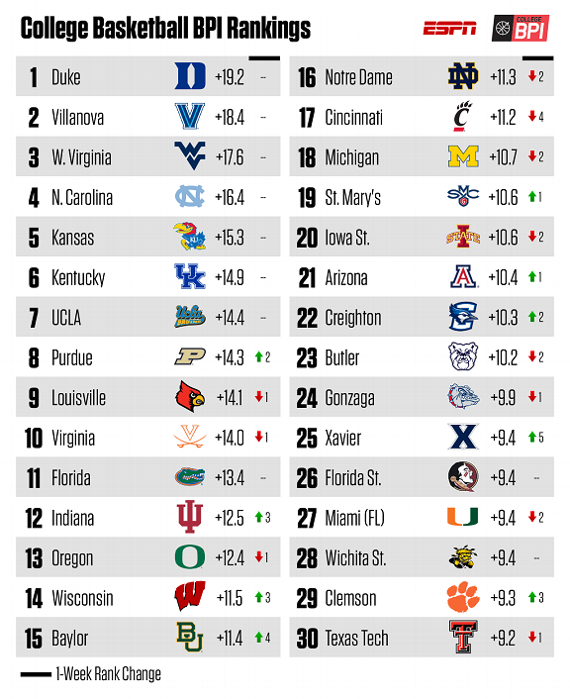 Not sure, I totally understand it, but Kentucky having at least a 75% chance of winning the SEC is a no-brainer.