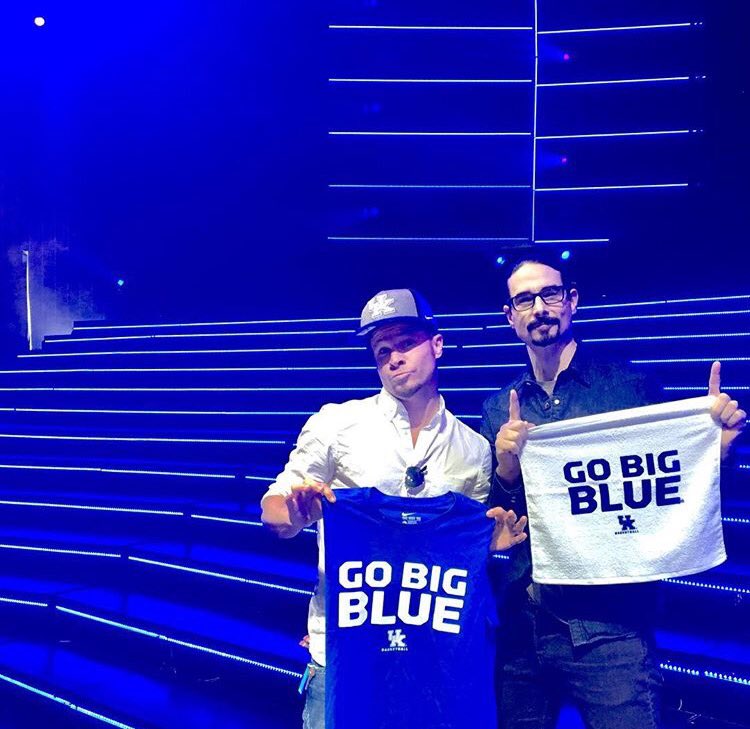 Your favorite Backstreet Boys could not contain their Big Blue excitement.

1. The Cats extended their win streak to 12, the second-longest in the nation.  They’ll play the team with the nation’s longest winning streak tomorrow.  Wichita State has won 16 games in a row.

2. “Not good” is one way to describe UK’s three-point shooting.  Kentucky made just 3 of 17 attempts, good for 17.6 percent.  Kentucky has shot less than 20 percent from behind the three-point line just once this year; on January 10 UK shot 11 percent against Vanderbilt.  Just like the road trip to Nashville, Kentucky escaped with a narrow victory over a good team.  Last night’s poor shooting performance was an anomaly, not the norm.

5. A Few Noteworthy Numbers.  The following tidbits are from Corey Price (@coreyp08).  I don’t know how he does it, but nobody provides more unique Kentucky basketball stats than Mr. Price.

Kentucky is 3-0 all-time in the NCAA Tournament against 10 seeds, with an average margin of victory of 16.7 points.

6. Derek Willis NEEDS to be in the starting lineup.  When he is on the court alongside Briscoe, Bam, Monk and Fox, the Cats are undefeated, 9-0 this season *knock on wood*.

7.  The Cats have 30 wins.  It’s John Calipari’s fourth 30-win season in eight years and the tenth of his career.  The UK program now has 15 30-win seasons, the most all-time, one ahead of Duke.

8.  This has nothing to do with last night’s game, but you need to see this picture of Mike Gundy’s mullet rattlesnake hunting. 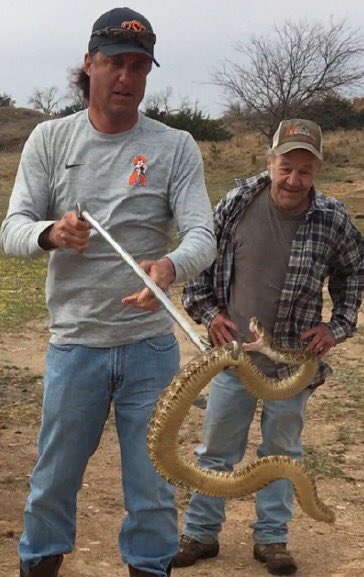