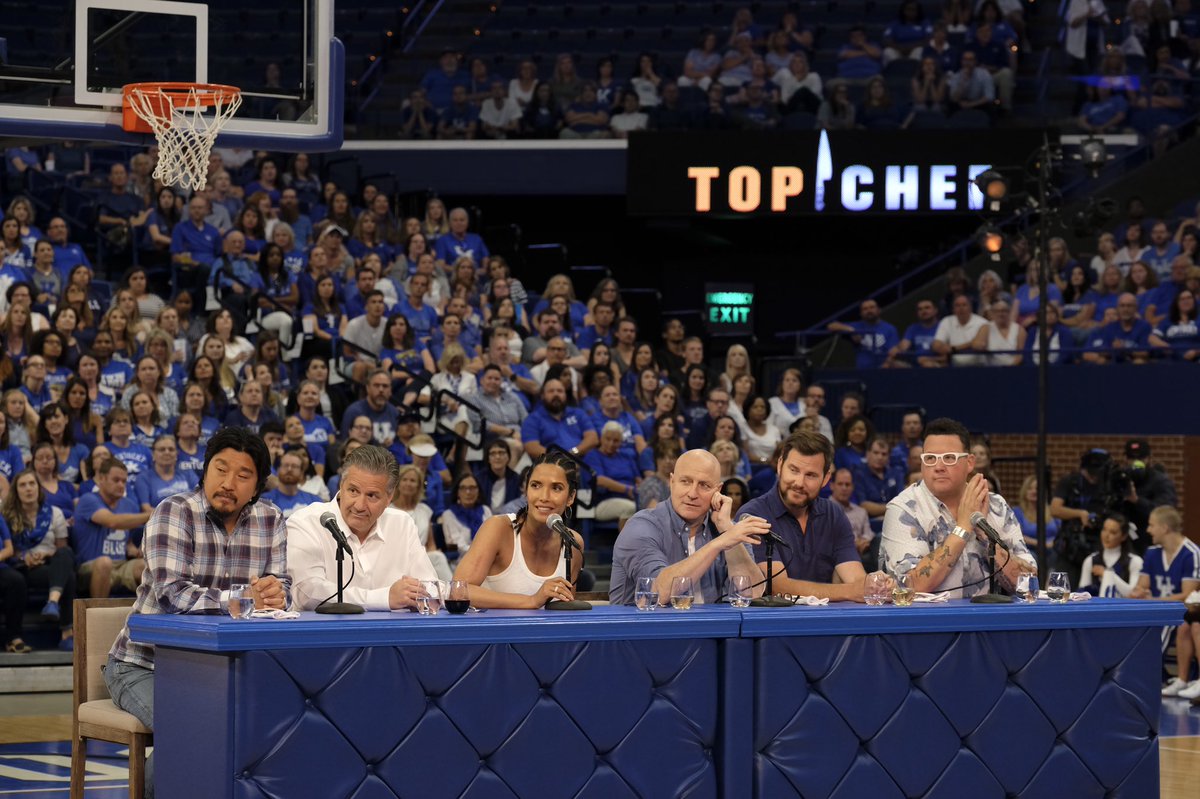 Got plans tonight? Even if you do, set your DVR for Bravo at 8 p.m. ET because tonight’s episode of Top Chef: Kentucky features some familiar faces and places. For episode ten, the chefs head to Rupp Arena, where they’ll compete in a concession stand cook-off. One of the judges? Our very own John Calipari.

Today is the day! Tune in to @BravoTopChef at 8pm to see the power of #BBN on full display. They’ve done a great job all season showcasing what makes our state great and tonight we celebrate UK basketball.

And I learned there’s more to food than just eating it!! pic.twitter.com/sK9clTpZQ6

The episode was filmed at Rupp last summer, and based on the preview that aired last week, will include some major drama over waffle mix. I’ve been recapping Top Chef: Kentucky all season, so check the site late tonight or early tomorrow for my take.