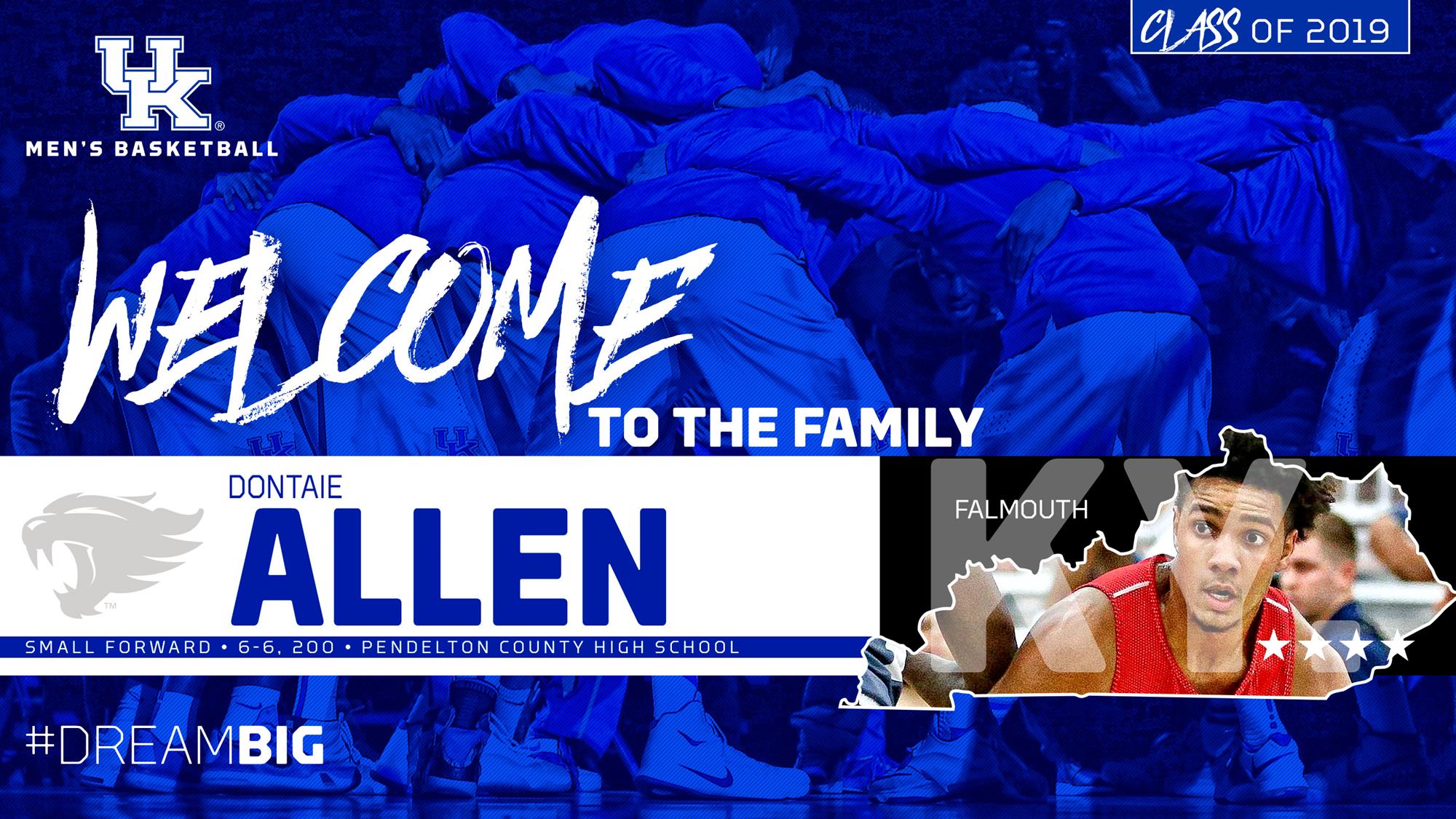 The 6-foot-6, 200-pound wing committed to the Cats on Aug. 2nd and joins Tyrese Maxey as the two players to have sent in their LOIs. Kahlil Whitney is the other 2019 target committed to UK, but his mom told KSR he won’t sign in the fall period.

Allen is considered one of the best players in Kentucky and picked the Cats over offers from Louisville, Clemson, Florida, Vanderbilt, Virginia Tech, West Virginia, Purdue, and Xavier.

“Dontaie is one of Kentucky’s finest,” John Calipari said in a release from UK Athletics. “I love Dontaie’s ability to score the ball in different ways. He’s got a lot of skills with the ball in his hands and athleticism to play above the rim. I’m always excited anytime there’s a player from our state who can come in and help this program and have an impact. Dontaie does all that for us.”

He’s the first Kentuckian to sign an LOI with UK since Dominique Hawkins and Derek Willis in 2013.

“As far back as I can remember, I’ve been a UK fan,” Allen said in the release. “The walls in my room are painted UK blue with pictures of Rupp Arena hanging with hopes and dreams of someday playing there. So many great players have come through the University of Kentucky. Being born and raised in this great state, this has been a dream of mine.

“Competing against elite level players reminds me of what my parents always told me: ‘Steel sharpens steel.’ I carry that with me. Having the opportunity to play for a Hall of Fame Coach in Coach Cal at an elite program like Kentucky in front of the best fans in the world, the Big Blue Nation, I’m just blessed and very thankful. Big Blue dreams do come true.”

If you remember, Kentucky watched Allen this summer and he blew up on the AAU circuit. When the Cats brought Allen in for an unofficial visit and offered him a scholarship in person Allen surprised everyone, including his family, when he committed on the spot.

You can read more about that HERE.

Many UK fans will follow Allen’s senior season at Pendleton County and if it’s anything like his junior campaign it will be special. Last season he averaged 31.8 points, 11.4 rebounds while shooting 39.6 percent from deep.

5 Comments for Dontaie Allen is officially a Wildcat