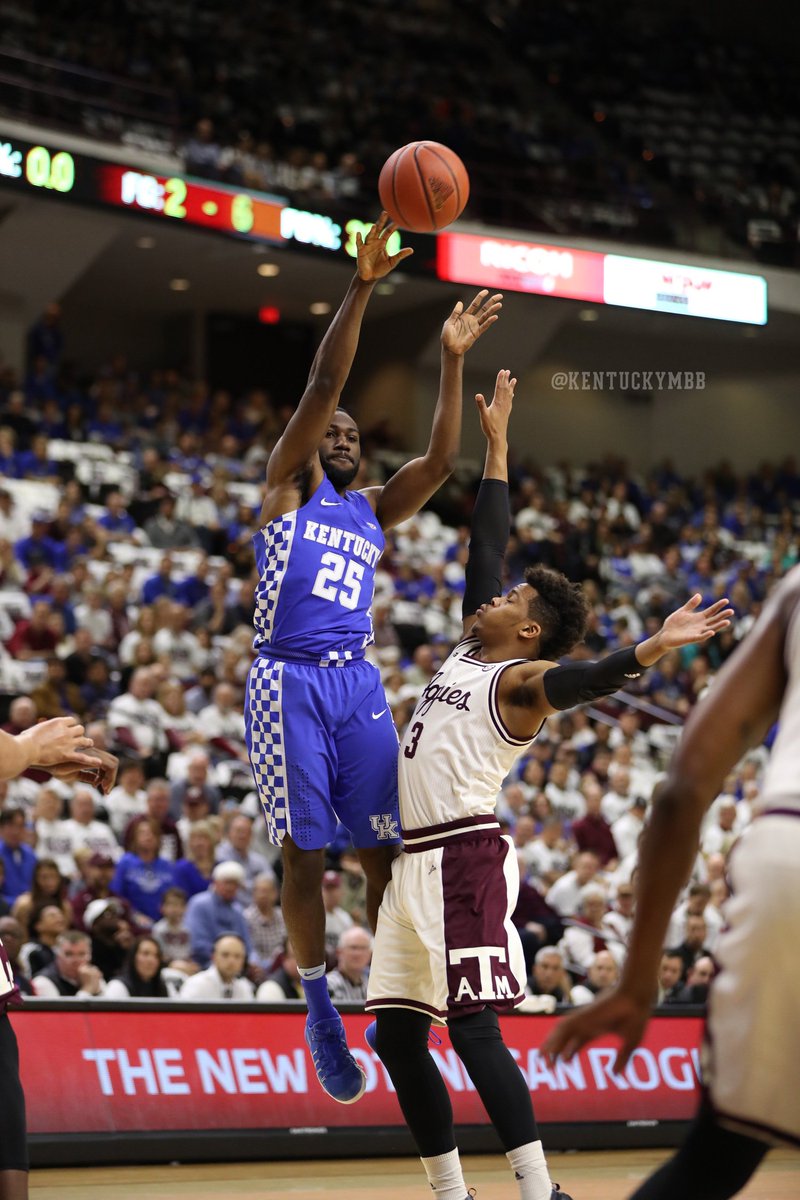 The bad news: They started slow yet again.

For the third straight game, Kentucky let its opponent jump out to an early lead. At the 12-minute mark, Texas A&M led 19-4, with the Cats’ only points coming from Derek Willis and Dominique Hawkins. As has been the trend lately, Hawkins infused the team with some much-needed energy, spurring them to a 28-9 run to close the half. Hawkins scored all eight of his points in the first half, to go along with 3 assists and a steal.

“I thought tonight Dom came in there and kind of saved us in a sense,” Willis said of his fellow senior.

“He was ridiculous,” Calipari said. “Both the energy he showed and defensive plays…He’s given this team such a lift.”

Yes, he has. Thank goodness for Dom.

4 Comments for Dominique Hawkins saves Kentucky from another slow start