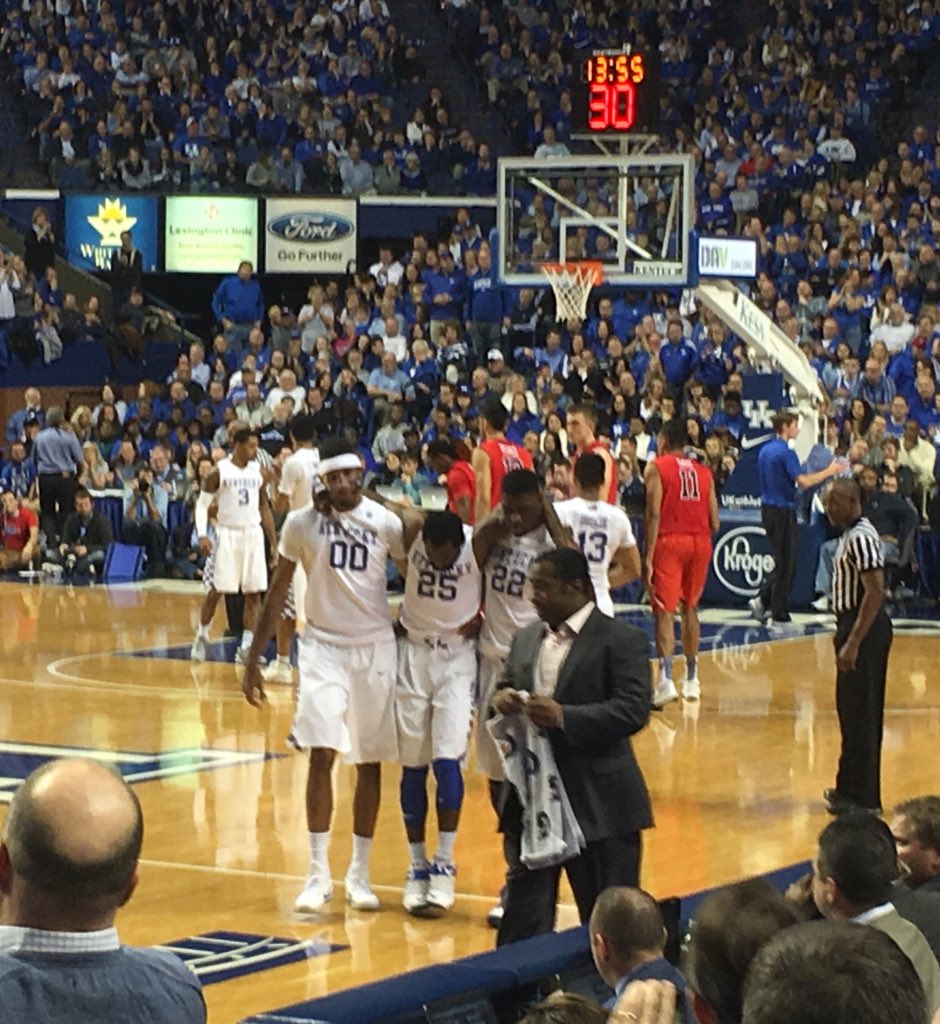 Dominique Hawkins had to be carried off the court by his teammates after suffering what appeared to be a very serious injury. Hawkins went down holding his left ankle and was in very serious pain, but the injury isn’t as severe as it seemed, according to Calipari.

“He hurt his ankle. They said he’s going to be fine,” Coach Cal said. “I didn’t see it, they told me it looked ugly, but he is such a tough kid.”

8 Comments for Dominique Hawkins is going to be fine