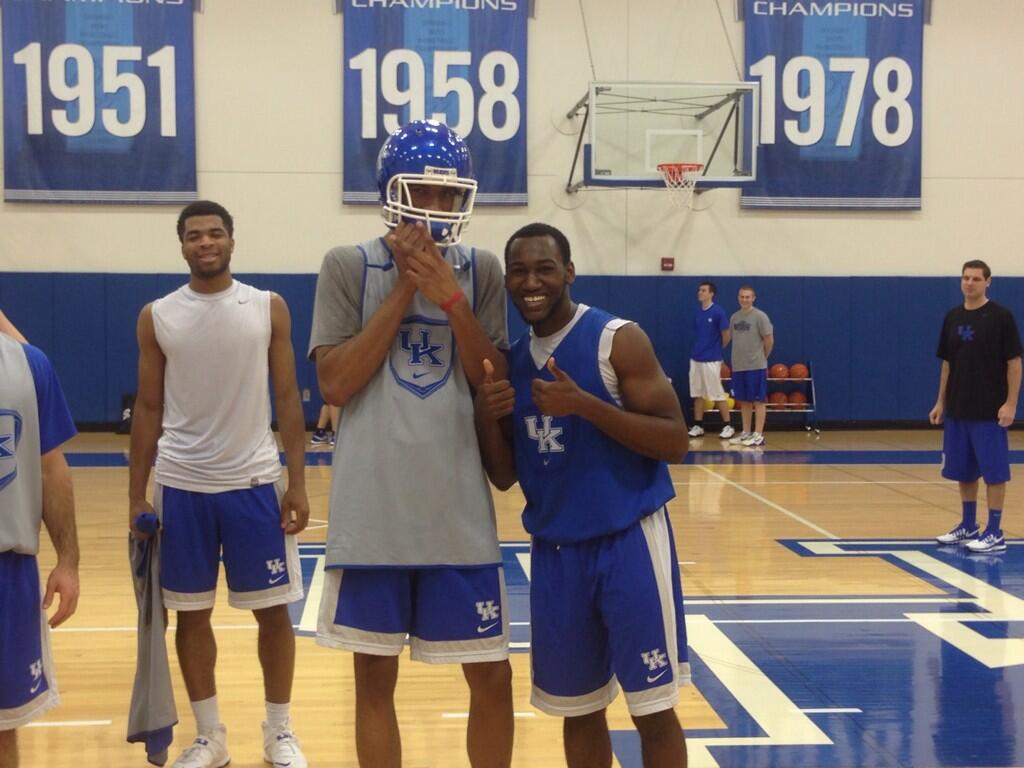 The basketball Gods giveth, and the basketball Gods taketh away. Only a few short days after Marcus Lee put the helmet on Aaron Harrison by cramming home an off-the-backboard alley oop from Jon Hood, Lee himself was on the receiving end of a poster in practice that by all accounts, was a sight to be seen. The video hasn’t been posted yet to Cal’s website, but when it does we’ll show it to you.

Matt was impressed though, not only by the dunk, but the team as well:

UK went for 2.5 hours straight with no breaks and effort was high and intense throughout. Consider me officially pumped for rest of year