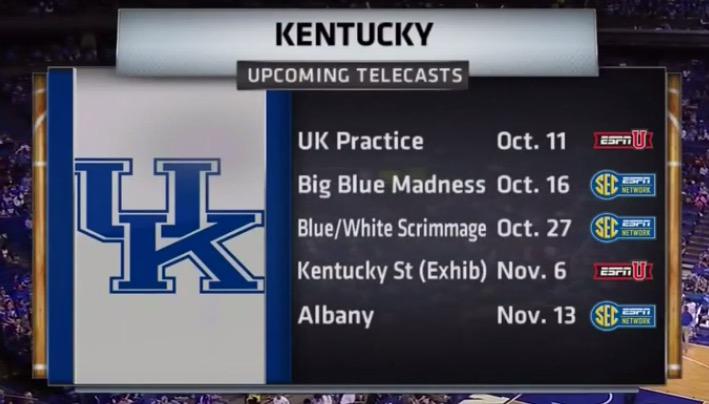 An ESPN graphic during last night’s UK Alumni Charity Game leaked news of a televised preseason practice coming up on the network next month. According to the graphic, ESPNU will televise a UK practice on Sunday, October 11.

That is around the same time ESPNU aired the UK Combine last season, so let’s go ahead and assume it’s happening once again. Last year, Jay Bilas, Seth Greenberg, Avery Johnson and Tony Delk were analysts for the televised “practice” on October 10.