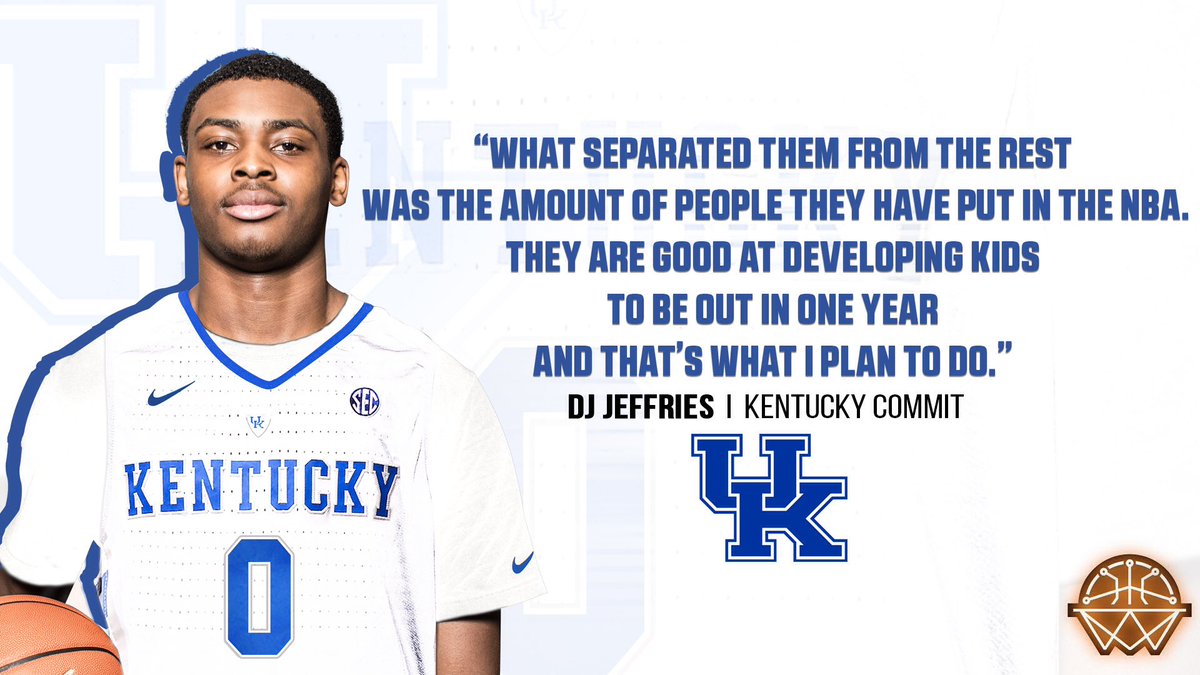 Shortly after his big announcement, Jeffries sat down with Prep Circuit’s Pat Lawless about his decision to become a Wildcat, where he said the Kentucky coaching staff made him “feel like a priority.”

“I chose Kentucky because throughout this process they have been the most active,” Jeffries told Prep Circuit. “They have come to visit me and have made me feel like a priority. That is what made my decision.”

John Calipari and his staff have visited Jeffries three times over the last three months, and remain in constant contact with him. He was the second recruit in the class of 2019 to receive a scholarship offer – the other being No. 1 prospect James Wiseman – and pushed for a commitment this past Tuesday when he visited during Olive Branch High School’s semifinal matchup in the state tournament.

So why was Calipari so enamored with the 6-foot-7 forward? Toughness and versatility, he told Lawless.

“Coach Calipari told me he likes my toughness and my will to win and ability to play multiple positions,” he said.

To no one’s surprise, Jeffries says he chose Kentucky because of the program’s ability to get players in the NBA early and often, and he plans on being a one-and-done.

“What separated them from the rest was the amount of people they have put in the NBA,” said Jeffries. “They are good at developing kids to be out in one year and that’s what I plan to do.”

Now, time to start recruiting James Wiseman to the BBN.