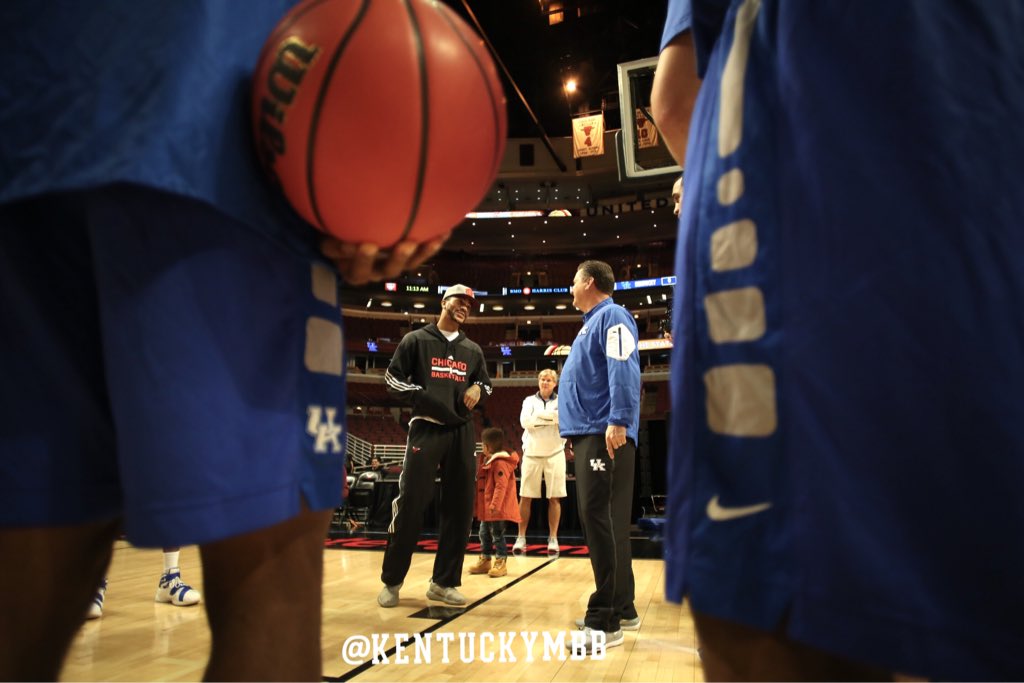 While you were out for lunch, Kentucky basketball held its game day shootaround in the United Center in Chicago, in preparation for tonight’s big game.

And because he is John Calipari, he had an NBA star from the Chicago Bulls stop by to say hello to the team.

Derrick Rose, the first of many great Calipari point guards over the last decade, made an appearance at the Wildcats’ shootaround. Rose is Charles Matthews’ favorite player, so at least one person on the team was ecstatic. I’m sure Rose had some encouraging words for Alex Poythress on his return, too.

And because he is John Robic, he is wearing shorts in Chicago in November.

4 Comments for Derrick Rose was at Kentucky’s shootaround