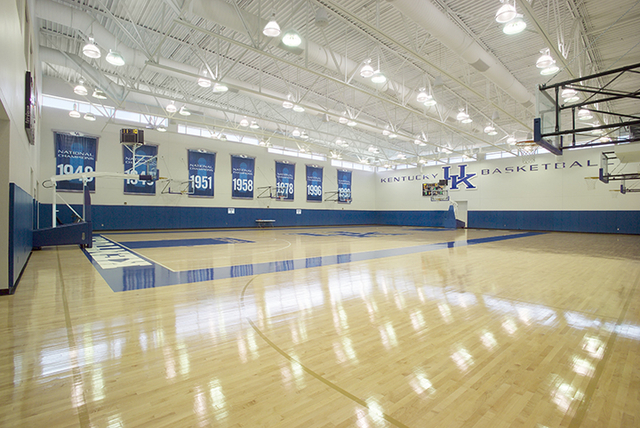 This morning, Del Willis, Derek Willis’ father, called in to the show to give us some exclusive scoop on this year’s team, which he’s watched during the various father/son camps and workouts. According to Del, the 2016-2017 Wildcats are already off to a great start.

“They’re already starting to build a little bit of chemistry,” Del said. “The perimeter guys, the guard play, I think is going to be exceptional this year where, the fact that we didn’t quite click last year, but this year, I think they’re going to click pretty well just because you see that camaraderie already within the team.”

(I would argue that Tyler Ulis and Jamal Murray clicked pretty well last season, but if this year’s guard play is going to be even better, well, bring it on.)

Del was particularly impressed by the freshmen, who he said are hungry and humble.

“These new kids that came in, they’re eager to learn. I don’t see a lot of big egos out there. They just seem like kids that are excited — it’s like they’re at summer camp, I think. They’re excited to be away from home, glad to be there, and the way they interacted with the campers, too, said a lot about them for me, because they were really trying to make it enjoyable for the young kids.”

What about Derek? Is he ready to overcome a rough summer to build on a breakout season?

“I think he’s definitely ready to go. His shot looks so much more confident this year. As you know, in the past, it seemed like Derek could be a little hesitant on shooting open shots, and I don’t think that’s going to be the case at all this year. I think he’s going to be a lot more assertive when it comes to shooting the ball. He just seems like a different player, you can tell by the way he conducts himself around the guys. It’s just more confidence, he just seems more sure of himself.”

Thanks to Del for the scoop. We’ll take as much as we can get.