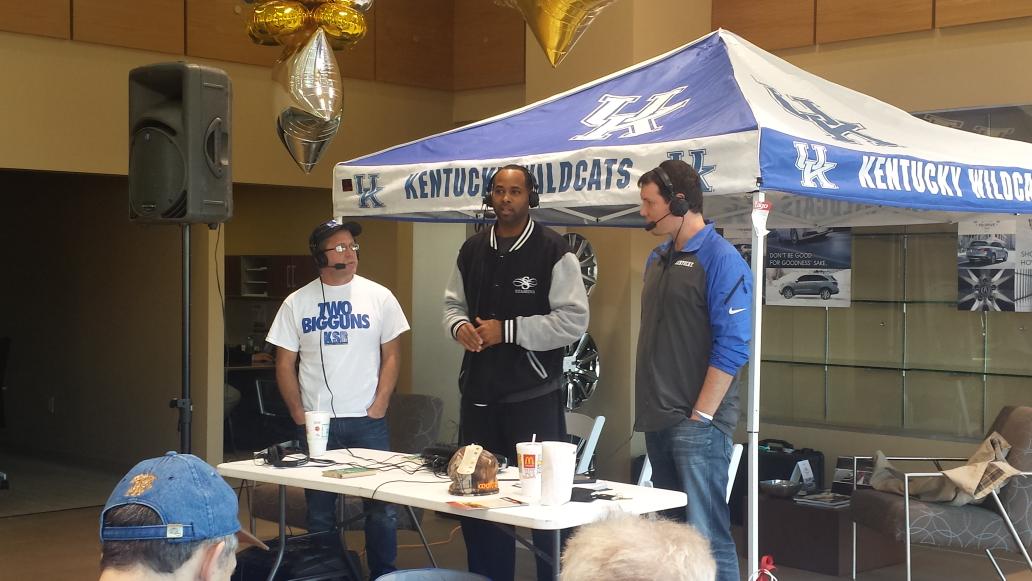 Derek Anderson already had plans to be in Lexington this weekend, but when he heard about Alex Poythress’ injury, he hurried. Anderson tore his ACL during the 1996-1997 season, and was there for Nerlens Noel when he tore his in 2013. He and former teammate Ron Mercer stopped by the KSR remote to talk to fans and share their thoughts on Poythress’ injury. “Mentally, emotionally I was really messed up,” Derek said of his own knee injury. “That’s why I went to talk to Noel.”

Now, Anderson is ready to be there for Alex Poythress, whom he’s going to see this afternoon. “That’s why I came up here again today, was to talk to him. It was like, ‘okay, let me hurry up and get up here,’ because I was supposed to be here later,” Anderson said. “I’m going to see him when I leave here. It’s basically letting him know that you can make it. I went to the NBA and played eleven years and never got hurt again. Right now you can tell him that, but you don’t know it until you talked to someone who’s gone through it.”

Anderson said he expects Alex to make a full recovery and is still confident the Cats can go all the way. “I absolutely am, 100%.”

Be sure to listen to all of Anderson’s comments, which start around the halfway mark of the first hour:

On his way out, he also met John Short in what will be a classic KSR picture for years to come: 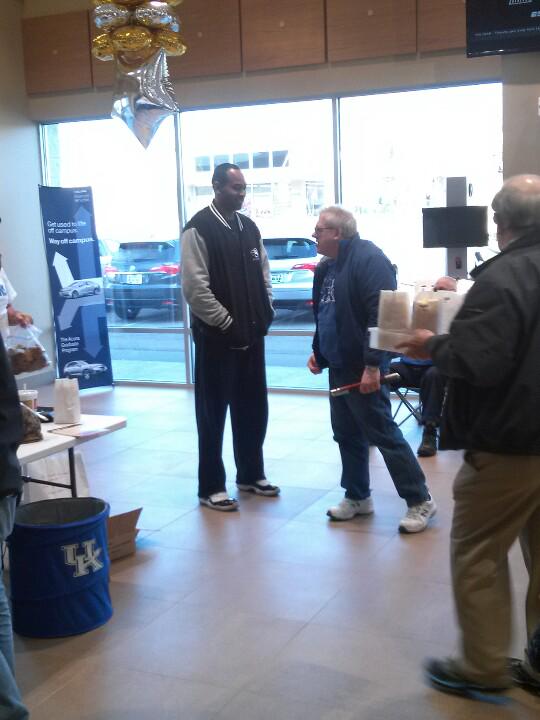 1 Comment for Derek Anderson ready to be there for Alex