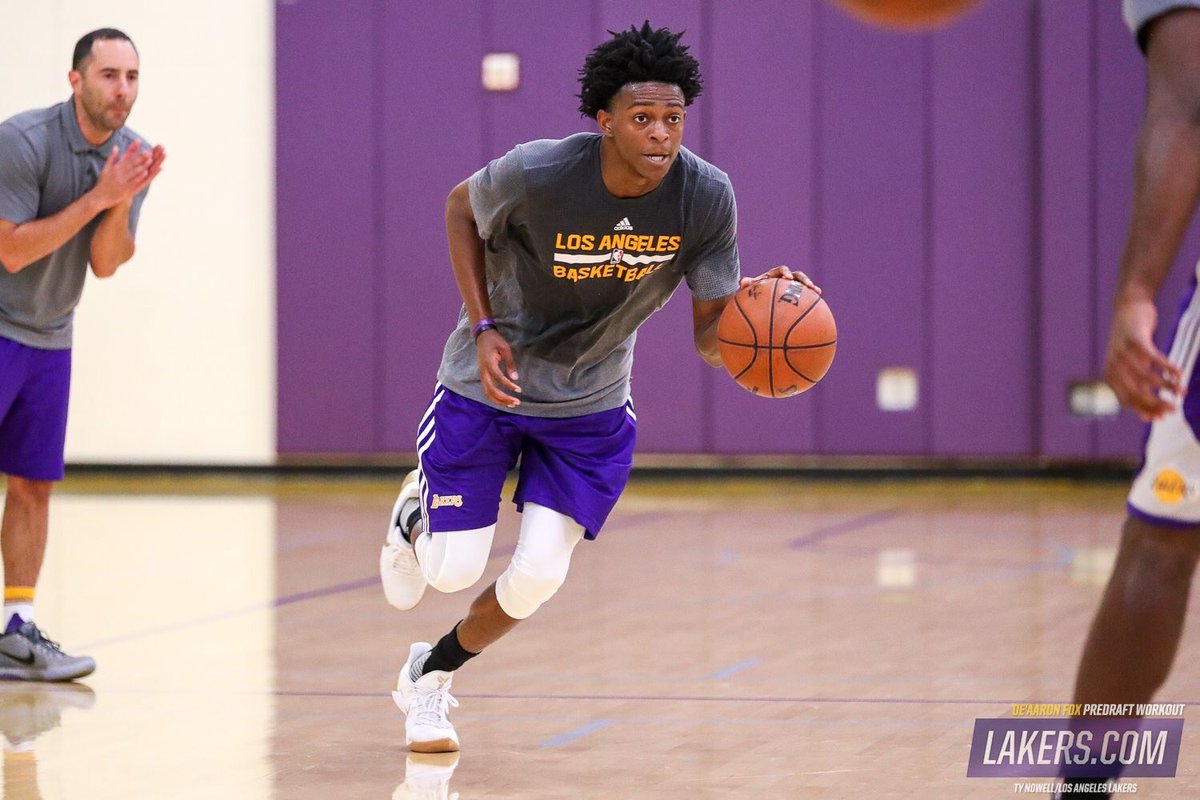 De’Aaron Fox had a private workout with the Los Angeles Lakers this morning and it went well, according to De’Aaron Fox.

The former Kentucky point guard said, “I felt like I shot the ball well. I showed I can play point guard, getting up and down the court.”

Fox also told reporters afterward that he hoped to show the Lakers that he is a capable shooter, seeing as though that is the only thing keeping him out of consideration for the No. 1 overall pick. He also talked about his ties to the Lakers organization (his brother has always been a fan), whether or not any teams have given him assurance for a pick (no), and lots more about his NBA future.

Click below to hear Fox’s post-workout comments before he went to lunch with Magic Johnson and other Lakers front office personnel to discuss a potential future in L.A.