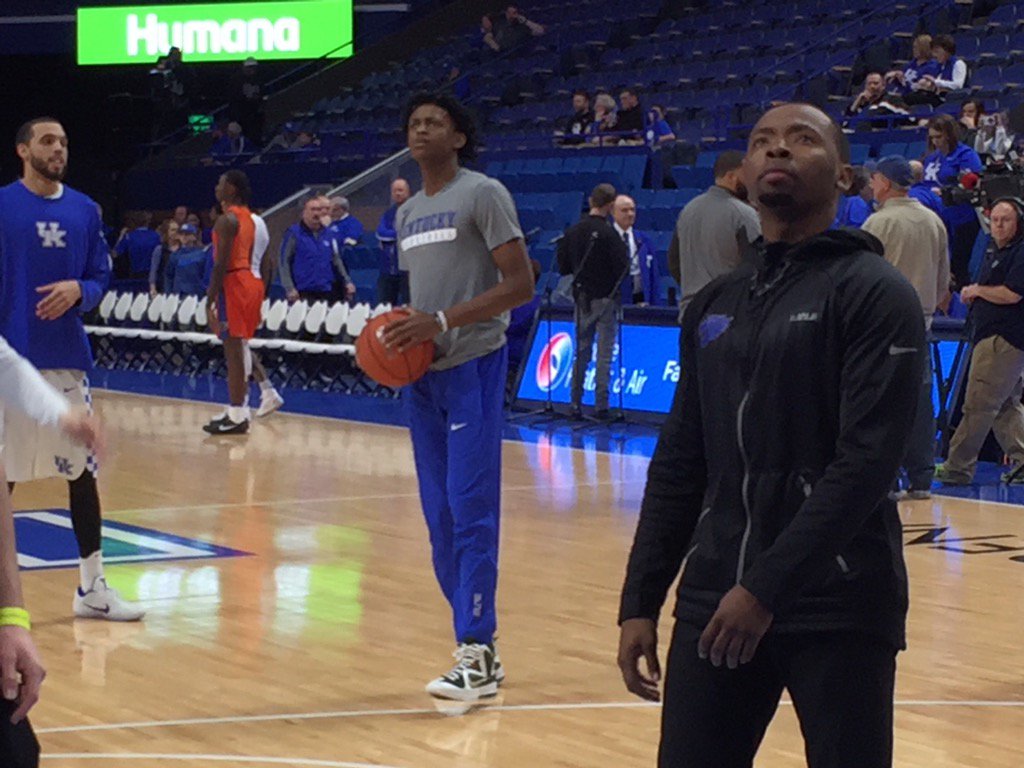 But will he play?  Folks around the arena say he looks a little gimpy, still doubting his status.  The official Kentucky men’s basketball Twitter account is toying with fans’ emotions.

Will he or won't he? Still a game-time decision. pic.twitter.com/Urr4X4vayw

If Fox doesn’t start, Mychal Mulder is expected to be on the court with the first five.