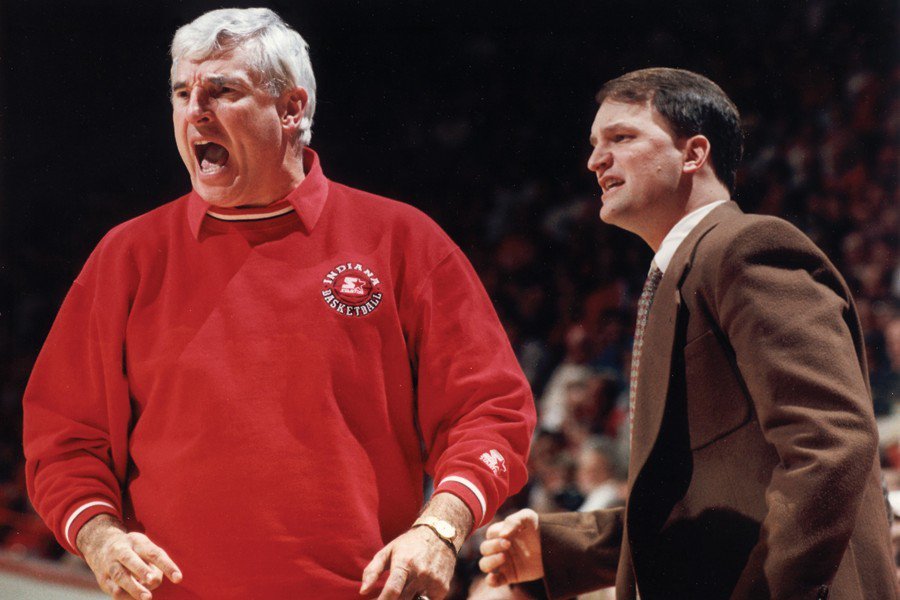 On Monday, Dan Dakich called Kentucky’s game vs. Arizona State in the Bahamas, during which he not only raved about the Cats, but said some interesting things about his relationship with Bobby Knight, his former coach and mentor at Indiana. Today, Dakich came on KSR to go in-depth on his thoughts on Kentucky, and when Matt asked, his relationship with Knight, who rumor has it may show up at tonight’s North Carolina/Indiana game at Assembly Hall.

“I’m still an advocate of him,” Dakich began. “[Todd] Jadlow came out with his book and I texted Jadlow and said, ‘Man I was there 16 years, I never got grabbed in the package. I don’t remember anybody ever, you know.’ So, I’ll defend him on a lot of things, but personally, I don’t have a relationship with him and I don’t want to have a relationship with him. I’ve had enough of a relationship with him. I was there for 16 years. He has proven over and over again that this thing at Indiana was about him, it wasn’t about us as players and you’re going to see it again tonight if he doesn’t show up. Personally, I don’t care whether he shows up.”

Dakich, who played for Knight from 1982-85 and served as an assistant coach under him until 1997, said he lost total respect for his former mentor when he refused to attend the 1976 reunion that took place at Assembly Hall in January.

“At Indiana, Coach Knight tried to do some speeches, but no one would sponsor the speeches and they couldn’t sell any tickets. Now, you can hit Coach Knight a lot of places, but don’t hit him in the pocketbook. So, he has made everybody angry — not everybody, but he has made enough people angry by showing up at a Purdue event in a gold sweater next to Gene Keady. By not showing up for a 1976 reunion for a team that, let’s face it, made Bob Knight Bob Knight. You’ve gotta show up at that. Those are the guys that took a chance on him when he was a crazy young coach coming from Army. [Quinn] Buckner was the #1 recruit in the country, Scott May was the player of the year in Ohio. These guys were great players that took a chance on him and he doesn’t show up for that? I lost total respect for him when that happened. I lost — whatever respect I had left, I lost because Indiana basketball — they always told me and I always told players when I was recruiting — was supposed to be a lifetime proposition. Well, here’s a lifetime proposition and only until Bob Knight got fired and then it became a Bob Knight proposition and I don’t respect him.”

How could Knight get back in the Hoosiers’ good graces? Showing up to tonight’s game vs. North Carolina would be a good start.

“I just figured, again, from a financial standpoint, if he’s going to get back in the good graces of Indiana people whereby he can go give speeches — he was giving speeches all over the state and he makes a ton of money on those — from a financial standpoint, if he’s ever going to make a comeback with Indiana people, it would be tonight showing up at this ’81 reunion. And make no mistake, if he shows up there, it’s gonna be a freaking, you know — they’ll blow the roof off.”

If not, according to Dakich, his fanbase will continue to fade.

Check out the segment about Knight below. I’ll have more notes from Dakich’s interview about Kentucky in just a bit…

2 Comments for Dan Dakich on Bobby Knight: “I lost total respect for him”