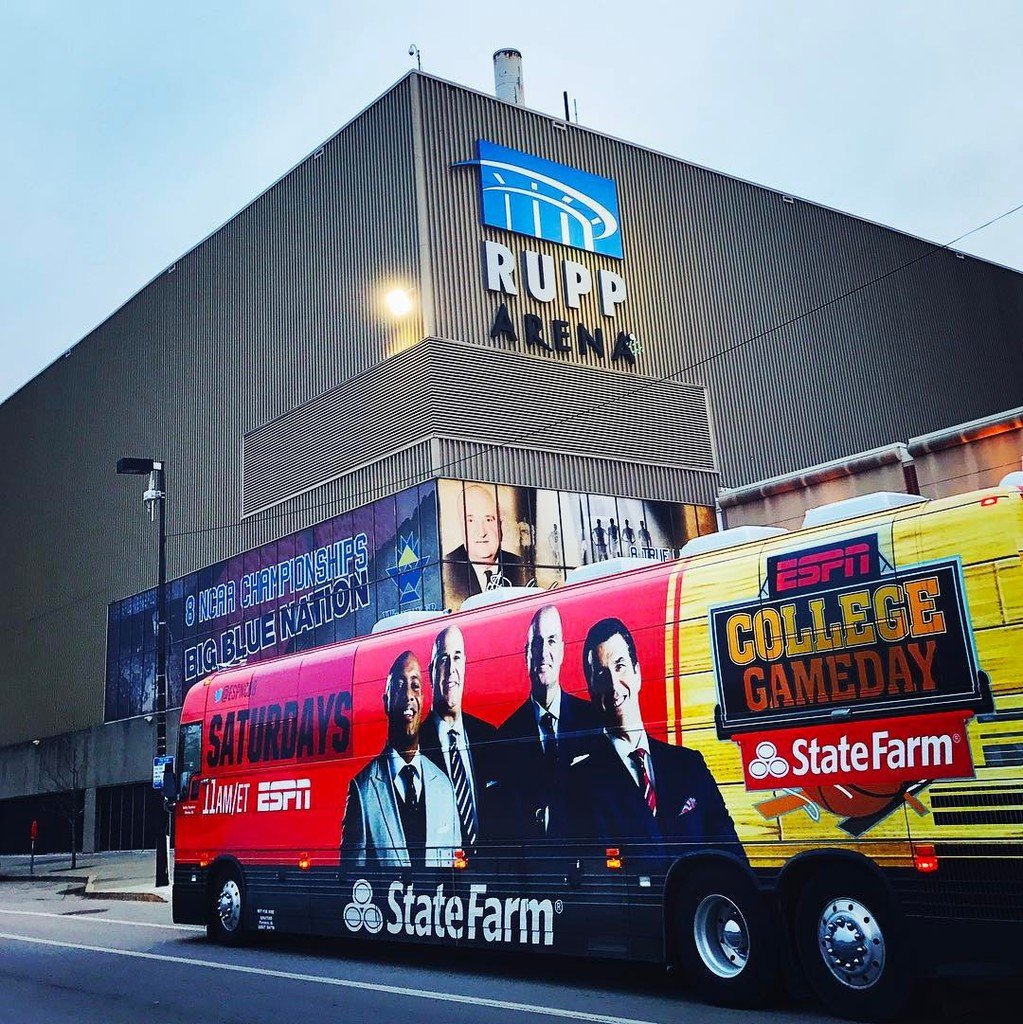 Congratulations Big Blue Nation, we made it.  The long wait for the matchup with Kansas is over.  Even though each team enters after a loss, there’s still plenty of pomp and circumstance surrounding today’s big game.  As we speak, hundreds are gathered at Rupp Arena, including yours truly.  There’s no time to waste.

1.  Kansas is Playing with Distractions

Following the double-digit road loss to West Virginia, a report revealed Lawrence police are investigating an alleged rape in the basketball dormitory.  Few details have been released, but with five players listed as witnesses, Bill Self described it as a “major distraction.”

The following night, Self announced power forward Carlton Bragg Jr. is suspended indefinitely for a violation of team rules.  The team’s sixth man, Landen Lucas is now the only player on the roster that can guard Bam Adebayo.  If Lucas gets in foul trouble, teeny-tiny freshman Mitch Lightfoot must try to defend Bam.  Good luck with that.

I don’t bet on sports and I would never bet on the Cats, but come on.  Five points? Get outta here.  Obviously I’m not the only one feeling this good about Kentucky.  The spread was bet up to seven within minutes, and in one venue it reached eight.

Bam Adebayo scored a career-high 21 points against Tennessee, but he could’ve easily surpassed 30 if he received more touches.  Coach Cal has been emphasizing it all week, but he won’t force them into sets or make “rules” to get Bam the ball.  It should be simple.

“If he is open, throw it to him,” Calipari is telling his guards.  “I just think they like having that ball in their hands, ‘Let me show you what I got.’ I think they got a little bit of that, but that’s what happens when you play with a bunch of young kids. It’s stuff that we deal with every year.”

Hear everything Calipari had to say from yesterday’s press conference.

If you’re still struggling to get hyped for tonight’s game, something’s wrong.

6. So Many Recruits on Campus

College GameDay for Kansas-Kentucky isn’t just a good time for the basketball team to recruit, it’s the perfect time for the football team.  John Calipari and Mark Stoops are hosting so much elite talent, I don’t know where to begin.

Tampa small forward Kevin Knox, the best shooter left on John Calipari’s board, is taking his official visit today.  Also considering Duke, North Carolina and Florida State, the 6’8″ swingman that would solidify the 2017 class as the nation’s best.  The No. 2 player in the 2018 class, small forward Zion Williamson, will also be in the building.  UK signee P.J. Washington will help with recruiting while they are in town.

Coach Cal isn’t the only one hosting a five-star on an official visit.

Jedrick Wills is taking an official visit to Kentucky.  The five-star Alabama commit and Lexington-native will continue to receive five-star treatment from Stoops’ staff.  The timing of today’s game fits perfectly for Stoops’ recruiting schedule.  No college football program has a greater advantage on the final weekend before NSD than Stoops.  He gets a College GameDay atmosphere to try to flip Wills and lock up the final two spots in the ’17 class.  Another name to watch: defensive lineman Abule Abadi-Fitzgerald.

It’s also Stoops’ Junior Day.  After extending offers during the winter holiday, today will be the first look at UK’s campus for dozens of prospects in the class of 2018.  There’s no better time to make a good first impression.  Two of the biggest names on the guest list hail for southern Ohio: LB Malik Vann and DE Tyler Bentley.

Speaking of football recruiting, yesterday we got the opportunity to speak to UK’s seven mid-year enrollees for the first time.  Here are the highlights, but to be honest, it’s hard to share two hours of interviews the day before Kentucky plays Kansas.  Here’s a few things I didn’t mention in the article:

There will be much, much more to come before National Signing Day.

8. Toth in the Senior Bowl

Freddie’s favorite Wildcat, All-SEC center Jon Toth, will rock Kentucky blue at today’s Senior Bowl in Mobile, Al.  Airing at 2:30 on the NFL Network, Toth will rock No. 72 for the South.