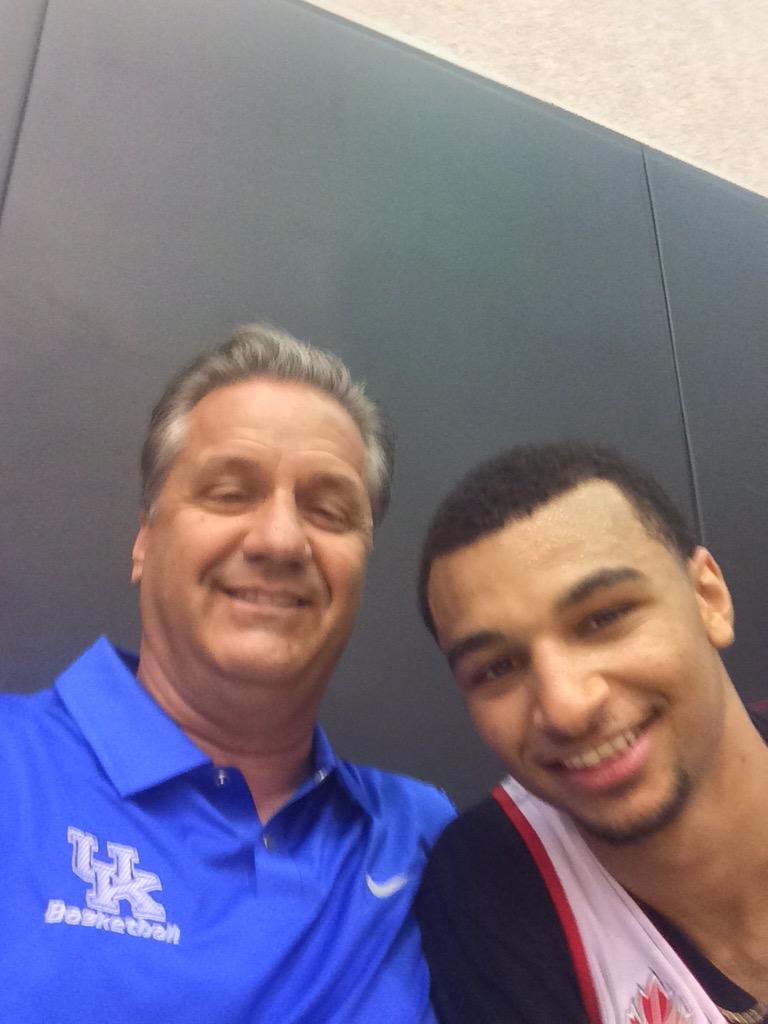 John Calipari is in Toronto today to watch Team Canada’s practice for the Pan American games. He was there to see his future star, Jamal Murray, and a familiar face from the past.

Watching one of my future sons reminded me of one of my older sons, @kwiltj. pic.twitter.com/pE3LrfwL8O

Team Canada will play its first game next Tuesday against the Dominican Republic. Murray will likely start at point guard.

8 Comments for Coach Cal is at Team Canada practice