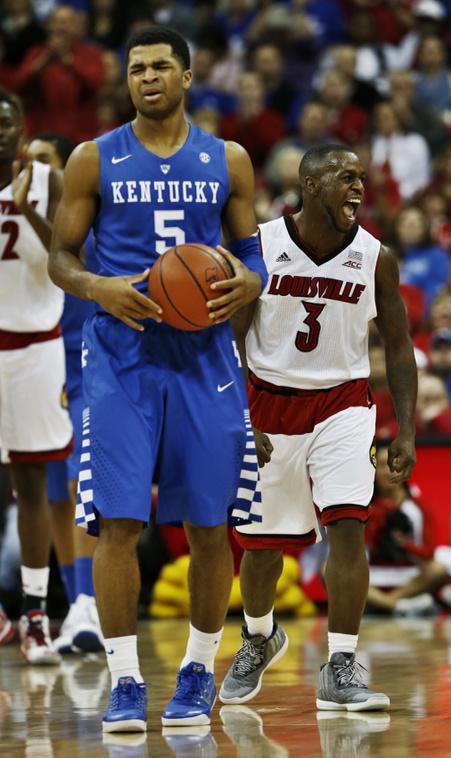 Andrew Harrison played his worst game as a Wildcat and it affected his demeanor on and off the court. Several times throughout the second half, when his teammates stood up to applaud a big play, Harrison remained seated, pouting. He was clearly shaken by his disappointing showing, a six-turnover afternoon with only three points.

After the game, Calipari said he told his point guard, “Man, I love you. I got your back. You’re my point guard. Stop it.”

That’s not what he told him during a timeout, when Andrew walked away from the huddle.

See if you can read Cal’s lips, below: