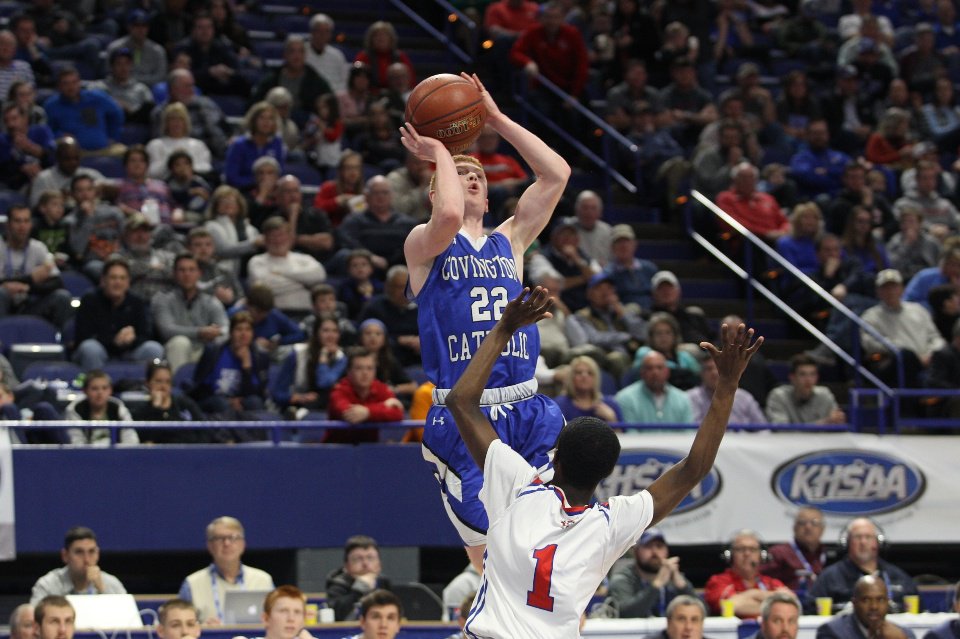 Covington Catholic has defeated powerhouse Scott County to take home the title trophy by a final score of 73-55.

Cov. Catholic, led by CJ Fredrick with 32 points in the victory, finishes the year with a 35-4 record.

Scott County, the heavy favorite going into the tournament, ends their season with a 37-2 final record.

With just over three minutes to go in the first quarter, Scott County led Cov. Cath. 9-11, but an 8-0 run led by two big baskets from Fredrick pushed the Colonels out in front 17-11.

Midway through the second, Scott County was able to cut the lead to just three points, but Catholic continued to bounce back, extending the lead to seven at halftime.

Three big baskets to start the third quarter extended the Colonels’ lead to 13 points, and from there, the Cardinals were unable to cut the lead to anything less than eight points. For every response Scott County had, Covington Catholic came right back with their own punch in the mouth, pushing the lead to as many as 21 points late in the fourth quarter.

Your Whitaker Bank KHSAA Sweet 16 champions (as they will gladly sing to you) @HLpreps @KentuckySports pic.twitter.com/zsUb6jBri3

Here are the game highlights:

CJ Fredrick once again put on a show, matching the tournament-high point total yet again with 32 on 9-15 shooting, 4-6 from three, and 10-11 from the line. He also added three assists, two rebounds, and zero turnovers on the day.

According to the Herald-Leader’s Josh Moore, Fredrick’s 32 points is ninth-best all-time in title games, and his 111 total points in the Sweet 16 has pushed him past Dominique Hawkins (107) and just behind Chris Lofton (112) on the leaderboard to 12th overall.

For Scott County, starting guard Cooper Robb finished with 22 points, four rebounds, and two assists in the loss. Teammate Michael Moreno wasn’t too far behind with 21 points of his own, eight rebounds, and an assist. 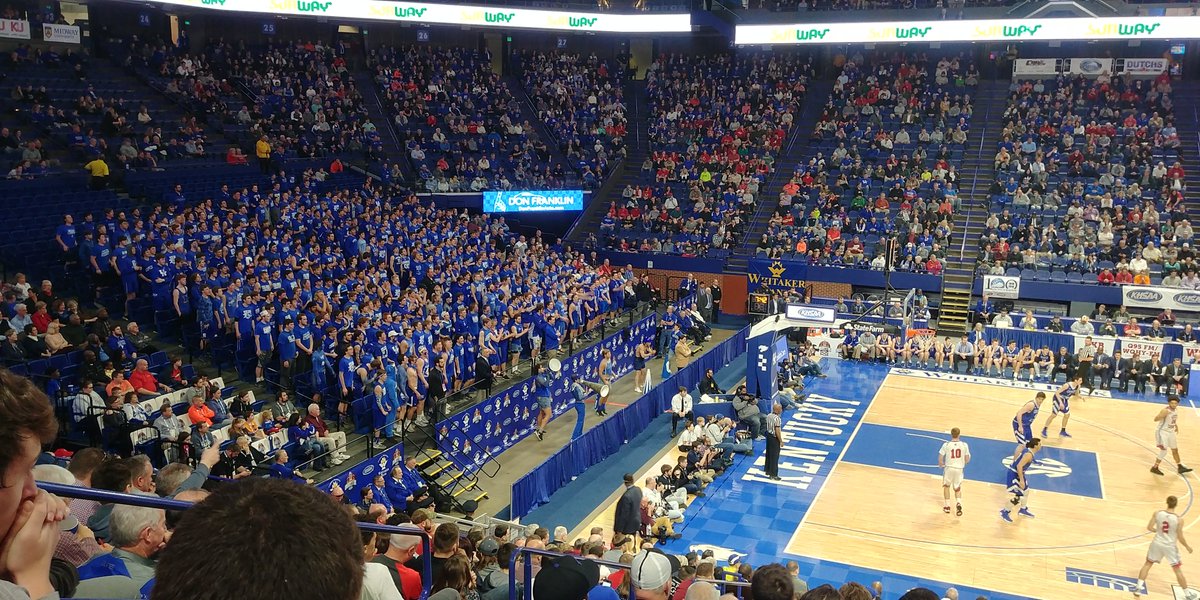 The Covington Catholic students came out in full force throughout the tournament, but took it to a whole new level in the title game. From the opening tip through the final buzzer, the Colonel student section put on a show:

Probably the best student section in the state, Covington Catholic’s @CovCathColonels coming out with the “We ready, we ready for y’all” chant in warmups: pic.twitter.com/MQ1RtPGass

This is Cov. Cath’s second state championship in the last five years, with the first coming in 2014.

With buzzer-beater victories, triple-overtime battles, and ridiculous scoring outputs each day, this was certainly a Sweet 16 for the books.

Congratulations to Covington Catholic on their incredible run!