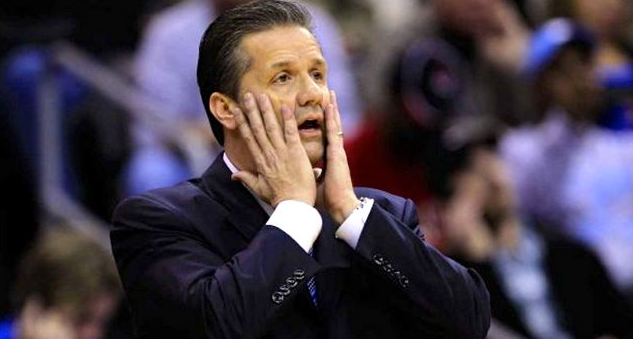 Shortly after John Calipari was hired to be the next head coach at the University of Kentucky, he held a workout with his team to see what he was inheriting from Billy Gillispie.  Once it was over, he knew he had work to do.

“I literally went into the back room, had my hands in my face and I said, ‘What did I do?’  Because my team at Memphis was so much better than the team I was inheriting.”

Luckily, things changed quickly.  “But then we got John, then we got Eric and DeMarcus,” and along with the Darius Miller, Patrick Patterson and DeAndre Liggins, they had a team with NBA talent.  Calipari told Jon Rothstein there was plenty of early anxiety after mass exodus’ each year, but the success has never been in short supply.