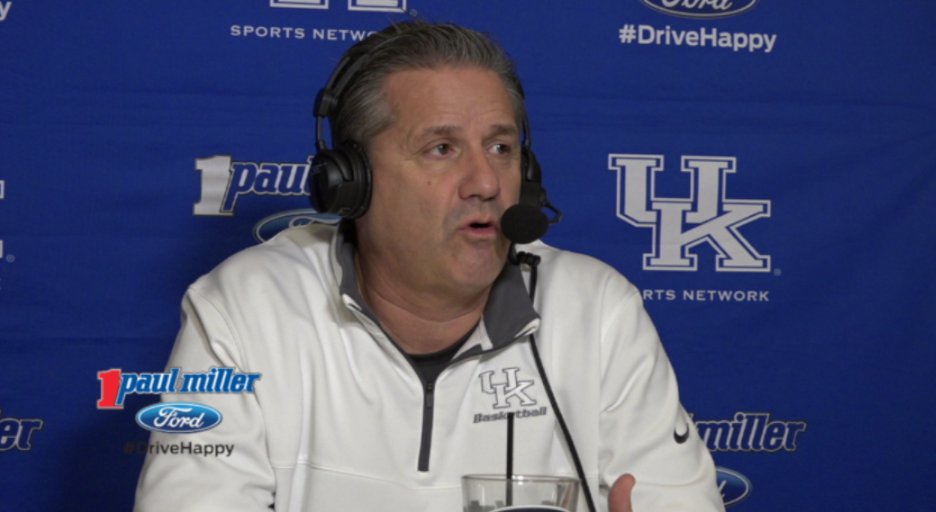 Don’t call it a tweak.  John Calipari is calling his plan to turn the season around a “reboot.”

It shares similarities and differences with the what happened in 2014.  The biggest difference: “In 2014 we weren’t any good.”  Calipari saw good things from his team earlier in the season.  The trick of the reboot is getting back to what worked.

The process began by giving the players Sunday off.  “I needed time to really evaluate where this has gone in the last three weeks and why I believed it happened,” he shared on his call-in show.

This morning they met before class and Calipari asked them, “What has changed from three weeks (ago)?  Tell me what has changed.”

Since their meeting, things are looking up.  “Today was good and there were a lot of players smiling.  And when they’re smiling, that means they’re playing together.”  It was an indirect shot to all of the haters, but that wasn’t enough.  He needed to directly address those questioning his players’ will to win.

“What are you talking about?….Those are the people who think this is 1960 and kids stay four years,” he said.  “(They’re) Good kids. Unselfish kids who want to win.  You know what?  They don’t know how yet.”

“The players aren’t gonna fix this themselves.” Calipari wants to take the blame.  “All of this comes back to me.”  Now he’s trying to teach them to play with patience.  “That’s the hardest thing to teach them.”

Calipari was prepared to defend his players.  He was willing to give fans some optimism with a reboot, but just like the tweak, he didn’t specifically define the reboot.  The only details he shared about the reboot that will turn this team around:

“My hope is you’re gonna watch and say, ‘I see a difference.'”

15 Comments for Calipari’s New “Tweak” is a “Reboot”