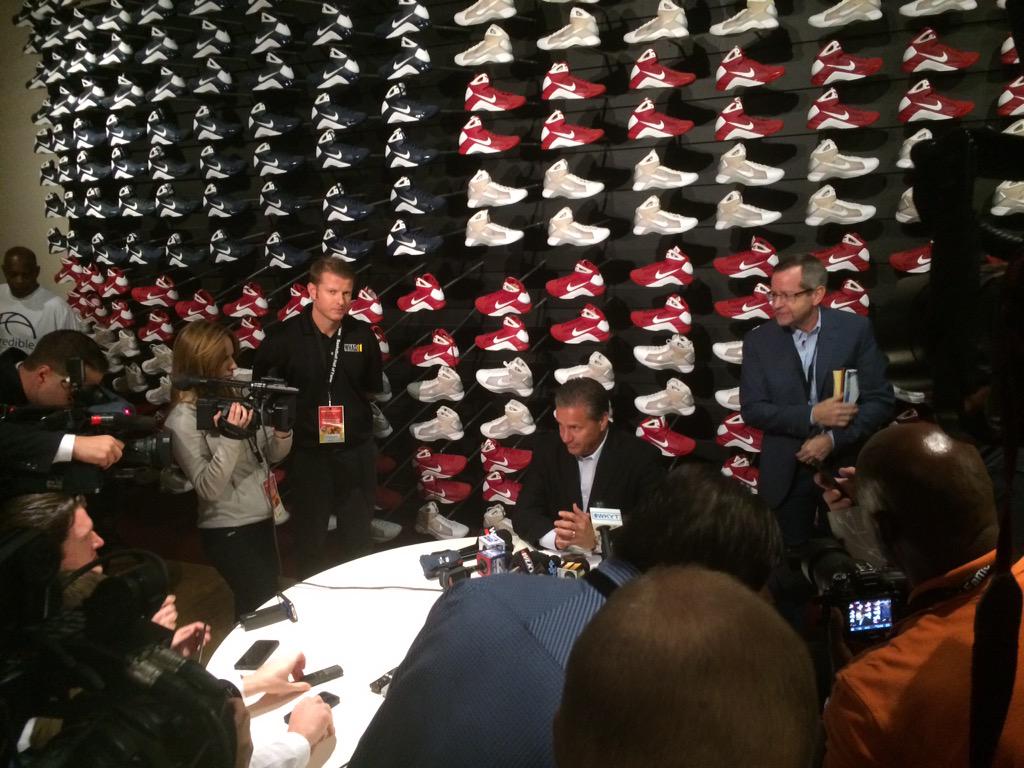 After today’s jacket ceremony was over, reporters swarmed John Calipari to ask him questions about the Hall of Fame Enshrinement. Cal said a lot of things you’ve already heard, but there was some new stuff. According to the fine folks behind the @KentuckyMBB Twitter account, Cal will have 70-90 former players, coworkers, friends, and family members at tomorrow night’s ceremony. The current team will be part of that group.

Cal admitted to reporters he was a little nervous about the ceremony. “I’m feeling stuff I normally don’t feel,” he said. “I’m blessed and I’m excited to be here.”

Now that he’s a Hall of Famer, how will Cal keep that chip on his shoulder sharp? “Give me some time and I’ll figure it out.”