Joe B. Hall’s run as Rupp Arena’s winningest coach will soon be over, likely on Wednesday.

Coach Hall has long been the venue’s leader in wins, totaling 122 over the course of his career. But tonight, John Calipari hit the 122 mark with his team’s victory over Duquesne, giving him a share of the winningest coach honors, at least in the meantime.

To celebrate Cal’s 122nd victory in Rupp and Hall’s imminent drop to second place, Hall served as the honorary ‘Y’ in the second half of the game. 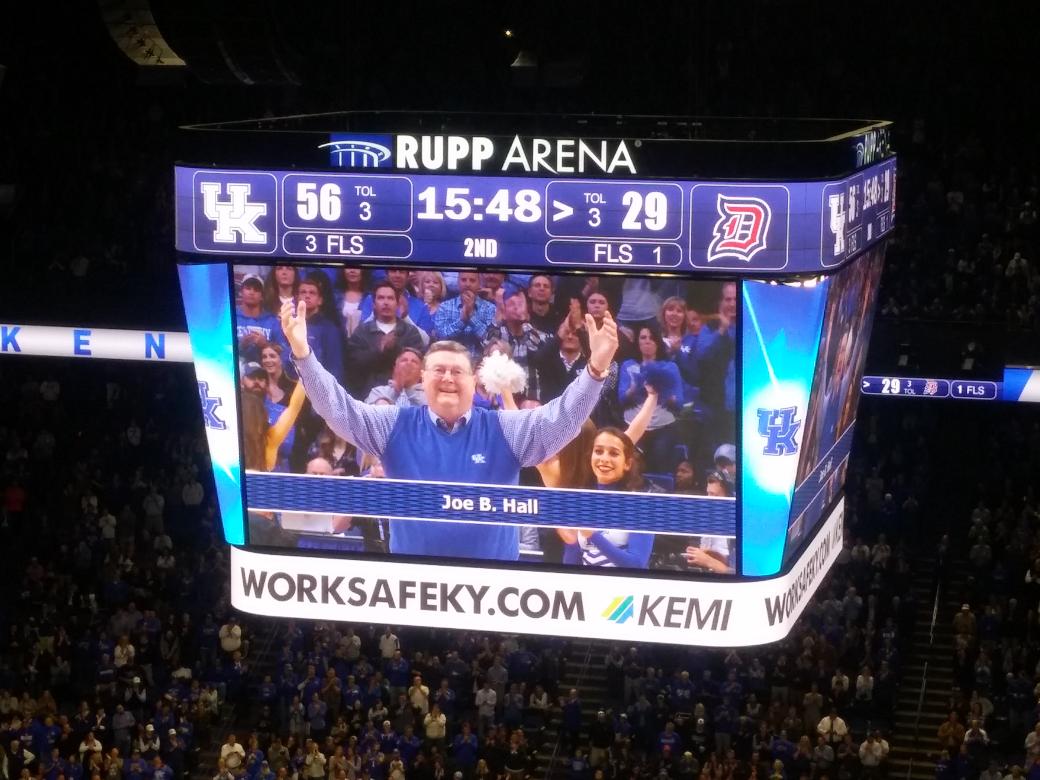