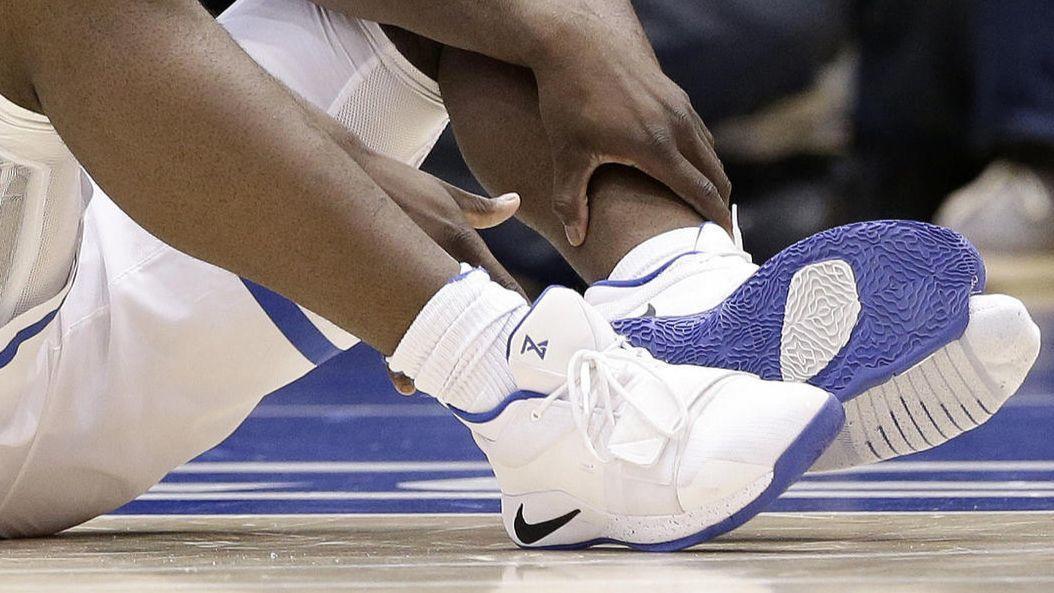 The whole world seems to be talking about Zion Williamson and his faulty shoes, so it’s only normal that John Calipari weighed in on the biggest story in college basketball.

Jerry Tipton asked Cal what went through his mind when he saw the play, considering Kentucky is a Nike school, to which Cal said it’s more of a Zion Williamson problem than a Nike shoe problem.

“That kid’s torque and his explosion would blow out any shoe,” Cal said. “When you look at it you’re like, ‘Ho—‘ and he’s not 120 pounds now doing that. He’s got some weight to him. If you looked at it, you’re like, ‘Holy Cow!'”

Cal said Nike will likely have to make a special shoe designed to withstand Williamson’s weight and power, if they’re allowed to do it while Williamson’s still in college.

“The kid is so unusual — size-wise, explosiveness, quick twitch,” he said. “I don’t care what he had on… It’s a wonder both shoes didn’t blow out.”