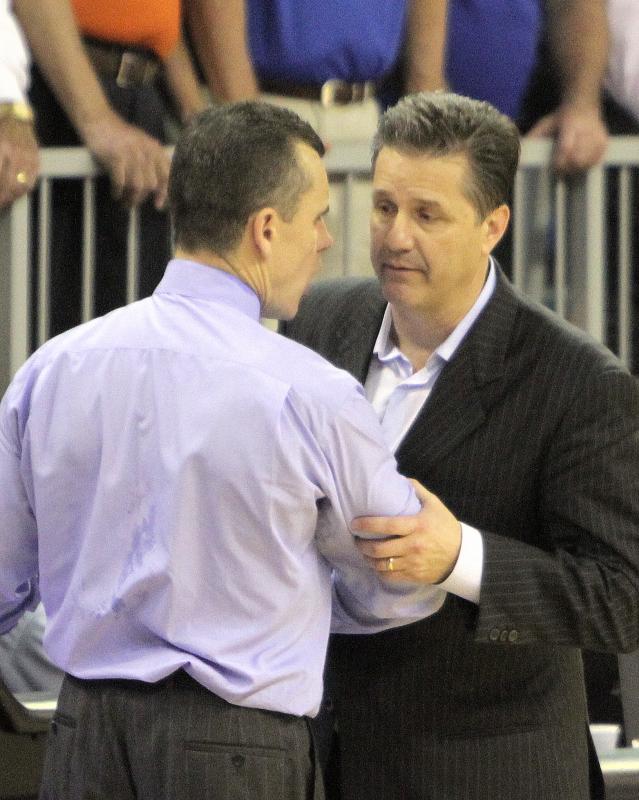 In a story from Mike DeCourcy over at the Sporting News, John Calipari says he is happy for Billy Donovan and Donovan’s instant success in the NBA.

“He’s a great guy, it’s a great opportunity and he’s taking advantage,” Calipari told the website. “I’m happy for him.”

Cal believes Donovan’s past at Florida, when the Gators won back-to-back titles in ’06 and ’07, helped build him up for what he’s going through now, in Game 7 of the Western Conference Finals.

“Don’t think that doesn’t help him as far as the pressure or the squeeze or whatever you want to say,” he said. “He’s been through it, and I don’t think he looks overwhelmed by any of it.”

What Donovan is doing will open the door for more college coaches to try their hand in the league. The NBA is all about copying whatever works, so get ready to see a wave of NCAA coaches following Donovan’s path. He has made the NBA forget about the failures of Cal and Pitino back when they first tried the jump.

For more on Donovan and some love from college coaches, read DeCourcy’s story here.

5 Comments for Calipari is happy for Billy Donovan’s success